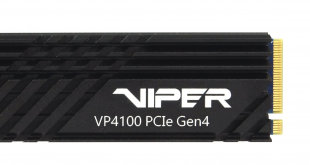 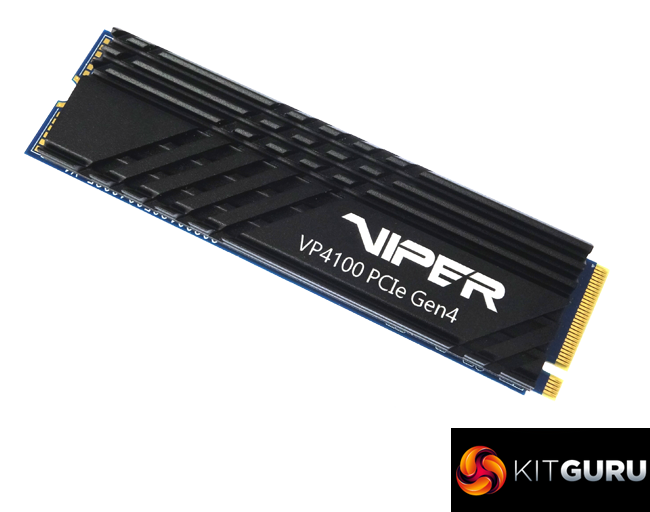 The VP4100 takes over as the flagship SSD drive in Patriot's Viper gaming division product line from the PCIe Gen3 X4 Viper VPN100 (which we reviewed here). At the heart of the new drive is one of Phison's PS5016-E16 controller's, the world's first PCIe Gen4 x4 controller. The 8-channel controller looks after the Toshiba BiCS4 96-layer 3D TLC NAND that the drive uses. There is also 1GB of DDR-2400 cache.

The Viper VP4100 line comprises just two capacities (at the time of writing this review), the 1TB model and the flagship 2TB drive. Both drives have the same official Sequential and random 4K performance. The Sequential figures are up to 5,000MB/s for reads and up to 4,400MB/s for writes. Random 4K performance for the drives is rated as up to a very impressive 800,000 IOPS for both reads and writes.

Endurance wise the 1TB drive has a TBW figure of 1,800TB and Patriot backs the drive with a 5-year warranty.