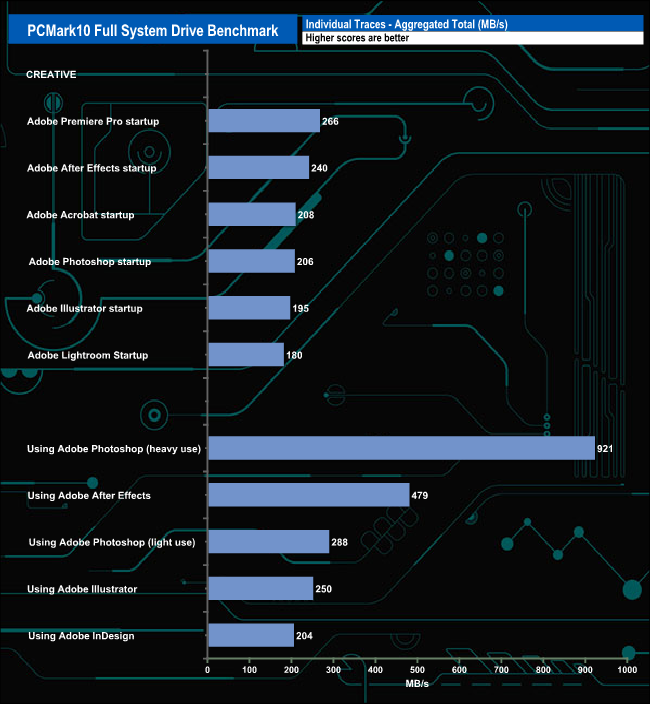 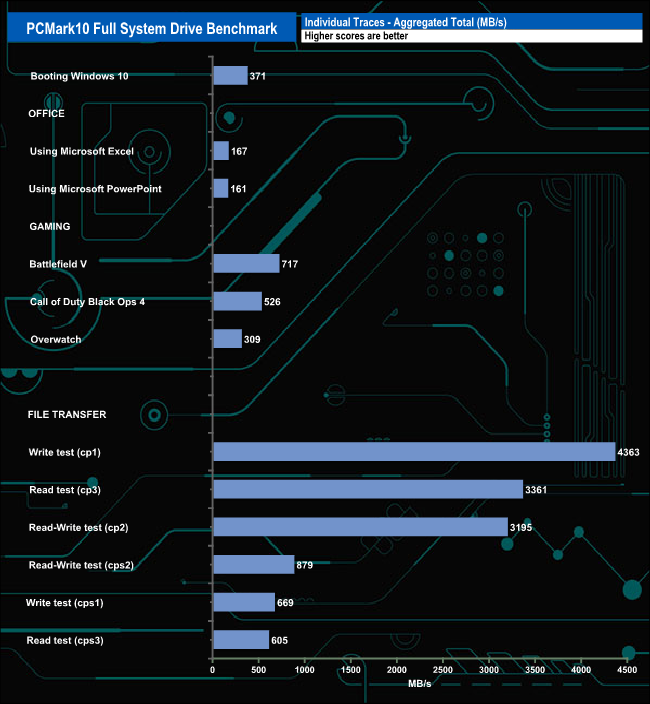 The Patriot Viper VP4300 had no problem dealing with PCMark10’s Full System Drive benchmark with good performance figures for all the test traces. The standout figure in the creative tests is the 921MB/s for the Heavy Use Adobe Photoshop trace. It also performed very well in the file transfer tests with an impressive 4,363MB/s for the cp1 write test. 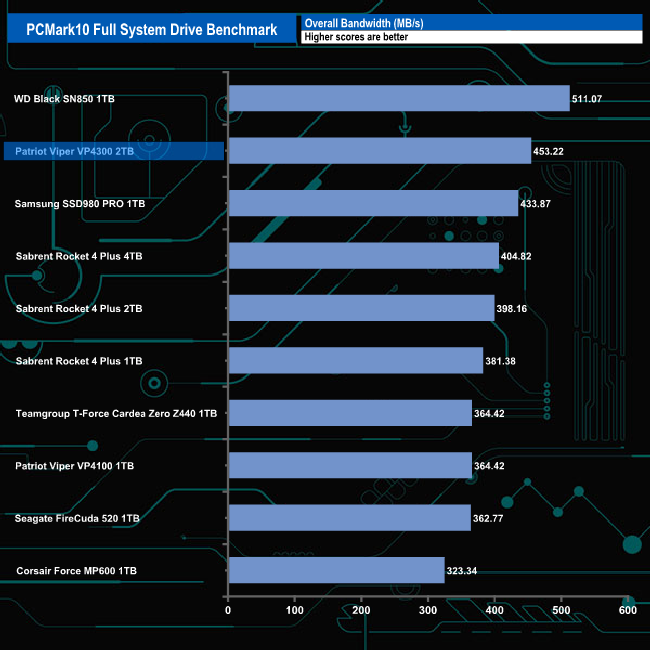 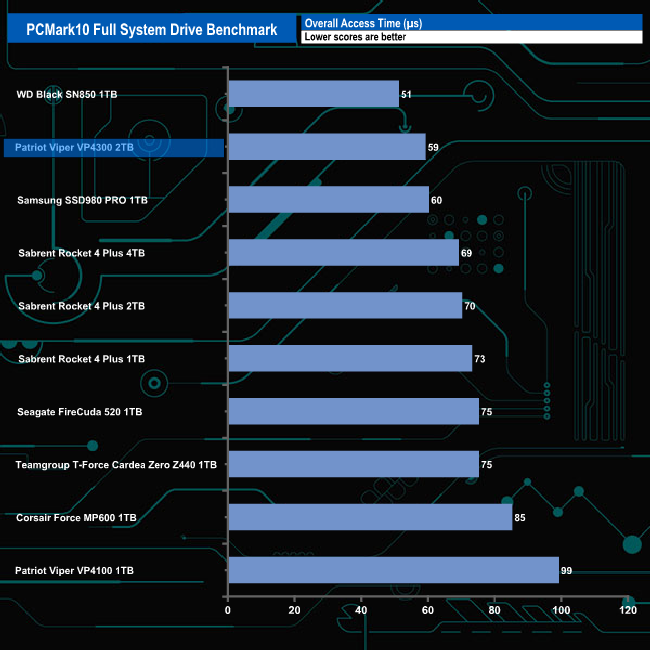 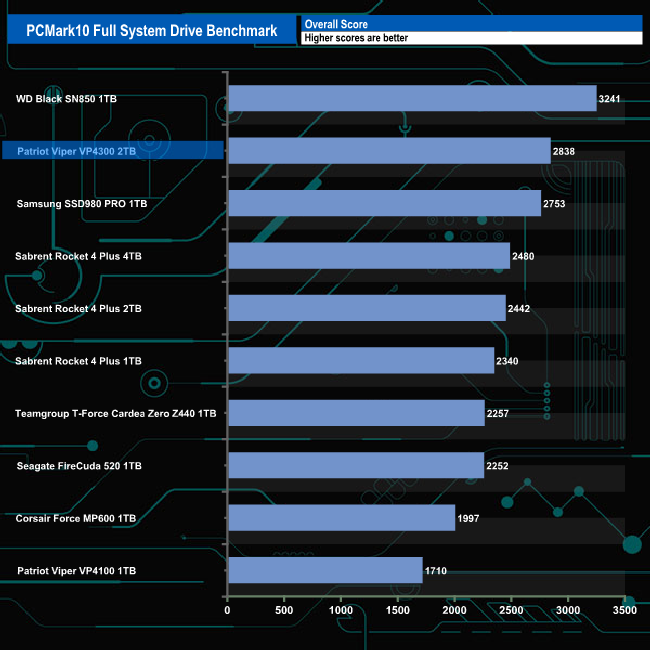