The PCIe Gen4 SSD market is slowly gathering momentum with some of the early adopters now bringing second-generation drives on-stream.

Patriot was early to the table with the Viper VP4100 and now we have the second generation Viper VP4300. Up until now the Gen4 drives we've looked at either have in-house controllers (WD and Samsung) or a controller from Phison (the E16 or for more performance, the latest E18 chip) but for the Viper VP4300, Patriot has opted for a third option, by using a controller from a company called Innogrit. 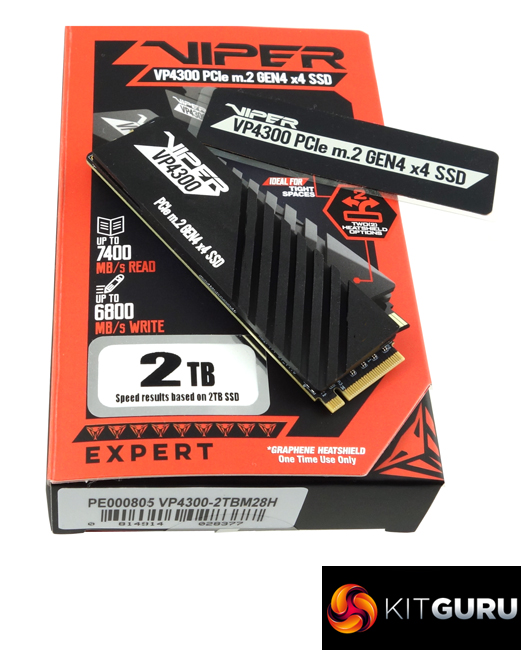 The Viper VP4300 uses an Innogrit IG5236 PCIe Gen4 x4 controller. Although this is the first time we've seen the IG5236 (code-named Rainier), Innogrit have both PCIe Gen 3 (x2 and x4 products) and Gen4 controllers in their product portfolio (there is an enterprise version of the IG5236 as well). The 8-channel IG5236 is built on a 12nm FinFET process and has a connect speed of 1200MT/s. It can support up to 8TB of storage (the enterprise version can handle double this) including MLC, TLC and QLC with either ONFI 4.1 or Toggle 2.0/3.0/4.0. Peak power consumption is stated at 3W.

Patriot quotes Sequential performance figures for the 2TB version of the Viper VP4300 as up to 7,400MB/s for reads and up to 6,800MB/s for writes. Using the ATTO benchmark we couldn't hit either maximum for the drive. However, the 6,920MB/s we did achieve for Sequential reads is the fastest we've seen for a Gen4 drive to date. On the other hand, the 6,340MB/s tested write figure is some way short of that official maximum. We could, however, confirm both official Sequential ratings using the CrystalDiskMark 8 benchmark with the drive producing a read figure of 7,478MB/s and 6,787MB/s for writes.

As for 4K random performance, Patriot quotes figures of up to 800,000 IOPS for both reads and writes. The best figures we saw from the drive under testing came from using the Peak Performance profile in CrystalDiskMark 8 with a read test results of 640,729.74 IOPS with writes at 631,502.20 IOPS, both of which are far away from the official maximum IOPS figures.

Patriot bundle two heatsinks with the drive, one is very thin and constructed from graphene, which is just the job if you are thinking about using the drive in a notebook. The other is aimed at desktop use as it's more of a conventional design and made from aluminium. Or for extra cooling in a desktop environment, you could use both of them together.

Patriot's Viper VP4300 sees another controller manufacturer enter the fray and if the performance of the VP4300 is anything to go by, it's an impressive chip. This second-generation Patriot drive's performance is a leap forward from the previous flagship Gen 4 drive, the Viper VP4100.

KitGuru says: Patriot's second-generation Gen4 SSD ably takes over the flagship mantle from the previous generation Viper VP4100, and with over 7GB/s + 6GB/s performance for Sequential reads and writes respectively, it shows the increased performance compared to the first generation of Gen4 drives. 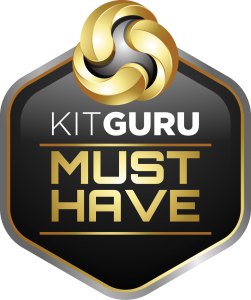