CrystalDiskMark is a useful benchmark to measure theoretical performance levels of hard drives and SSDs. We are using v7.0 and v8.0 for our Gen4 testing. 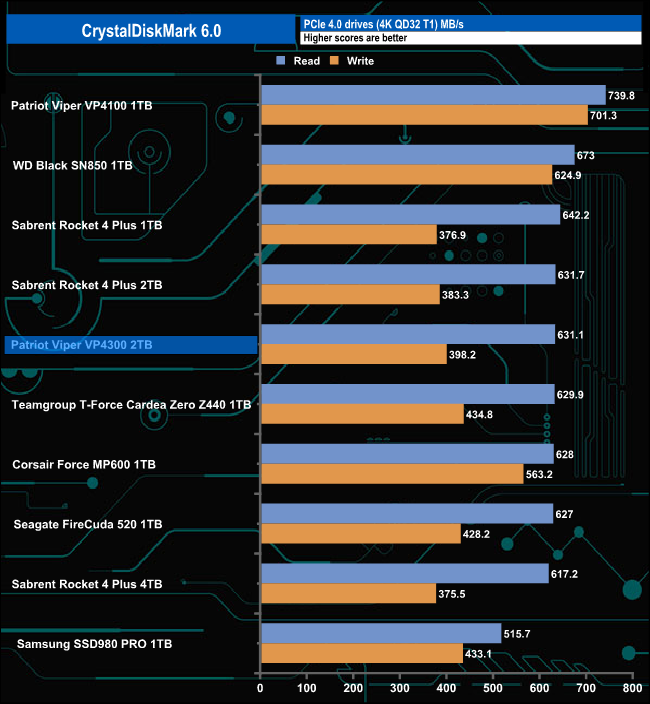 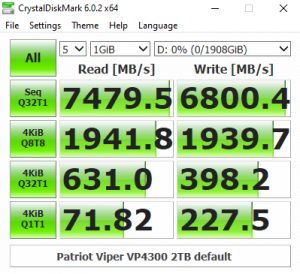 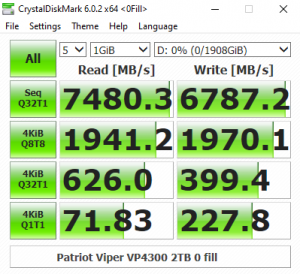 The Viper VP4300 doesn't seem to handle the CrystalDiskMark 4K QD32 T1 test as well as the previous generation VP4100. However, we can confirm the official Sequential performance ratings of the drive, up to 7,400MB/s for reads and up to 6,800MB/s for writes with the tested drive producing figures of 7,479.5MB/s and 6,800MB/s for reads and writes respectively.

Looking at both benchmark result screens it appears that the Innogrit IG5236 controller doesn't have a preference when it comes to the type of data it's being asked to work with. 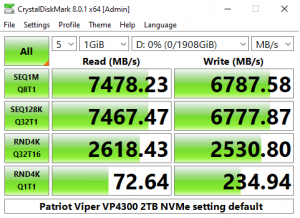 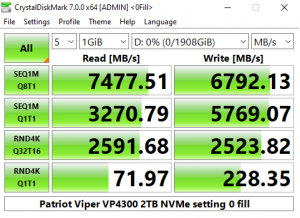 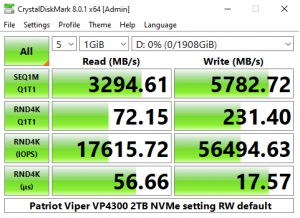 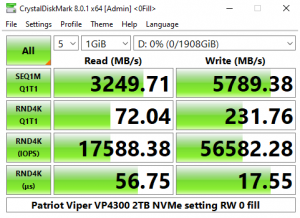 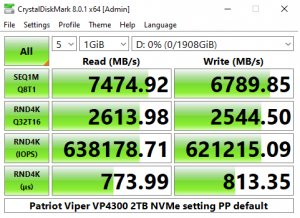 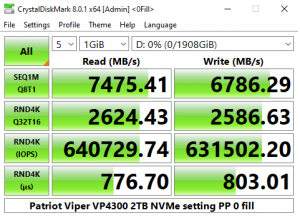