The Extreme Pro SSD joins a growing range of SanDisk external SSDs. With an NVMe SSD (WD Black SN750) inside it and a USB 3.1 Gen 2 Type-C interface, it certainly is a fast performing external drive. It is available in three capacities; 500GB, 1TB and 2TB.

The only official performance transfer rate figure in the spec sheet for the drive is a read speed of up to 1,050MB/s. Using the ATTO benchmark we couldn’t quite reach this maximum figure, the best we saw was 1,027MB/s. Write performance topped out at 972MB/s. The more intensive AS-SSD benchmark produced read/write figures of 954MB/s and 905MB/s respectively. 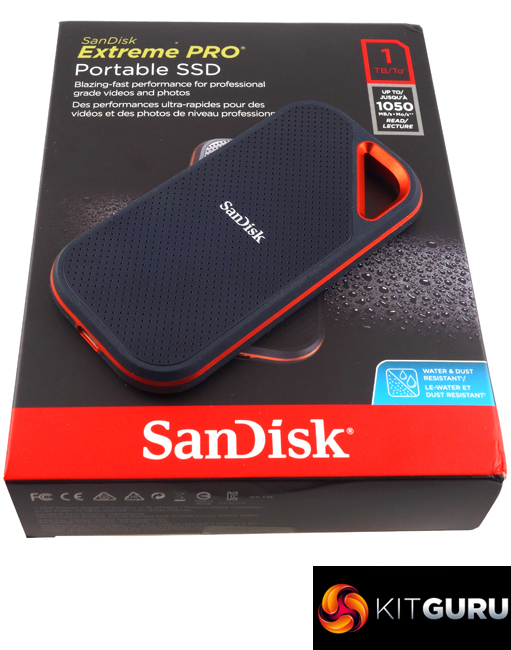 Although the Extreme Pro SSD comes with an IP55 water-dust resistant rating thanks to its silicon rubber coating, it’s not as water-resistant as some of its competitors as the USB port doesn’t have a cover of any sort so you still need to take care when you have it in a bag or pocket.

The drive comes with SanDisk’s SecureAccess utility loaded on the drive ready for you to install. The software creates password-protected 128-bit AES encrypted folders on the drive, but make sure you remember the password as there is no option to re-set it should you forget it.

KitGuru says: SanDisk’s Extreme Pro SSD is a fast, pocket-sized drive with the added bonus of being able to easily encrypt sensitive data. It’s just a shame that the USB port doesn’t have a cover to protect it. 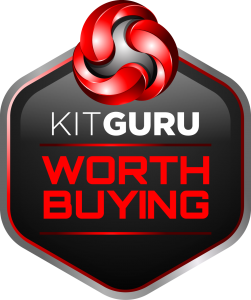