PCMark 8’s Consistency test provides a huge amount of performance data, so here we’ve looked a little closer at how the Cardea Force Z440 performs in each of the benchmarks test suites. 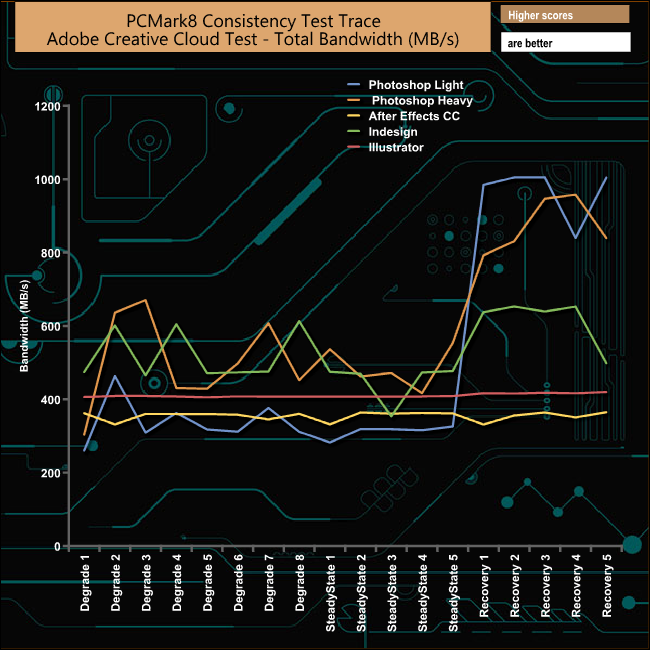 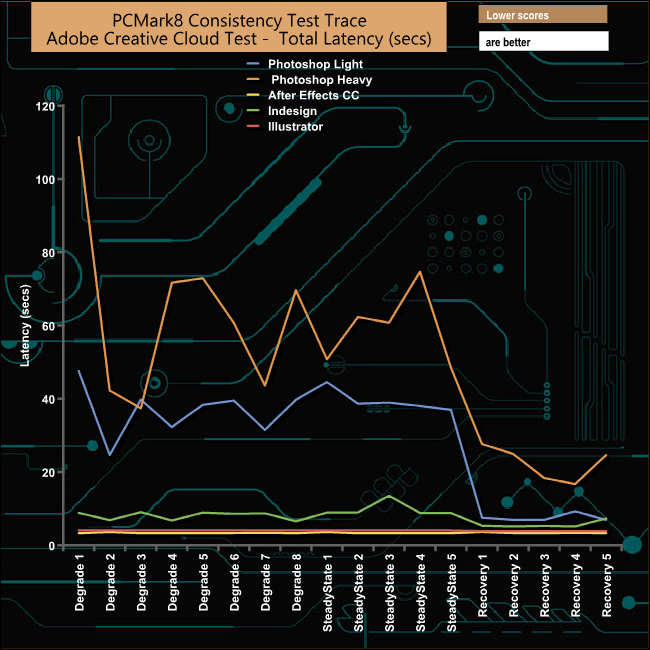 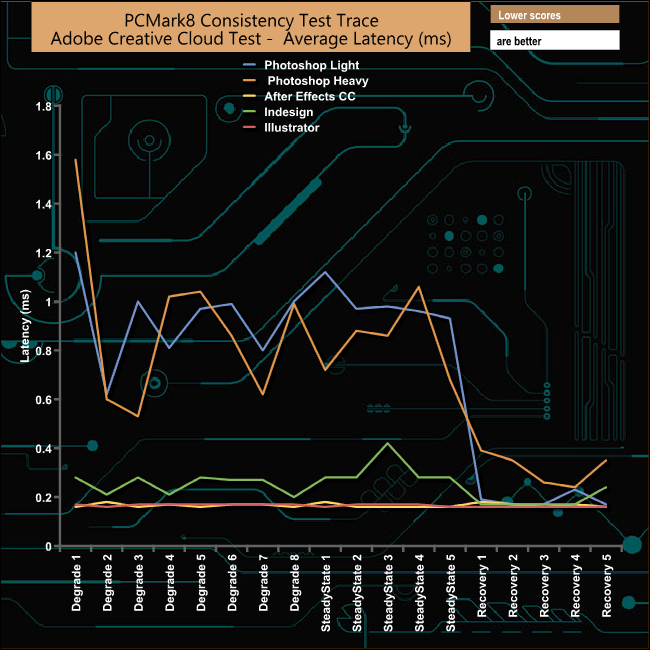 Usually, during the Adobe CC set of tests in the benchmark, it’s the Adobe Photoshop Heavy trace that causes a drive problems, not so with the T-Force Cardea Zero Z440. In this instance, it’s the other Photoshop trace, the Photoshop Light that causes problems and although the drive recovers well from both Photoshop tests, the performance during the Recovery phase is erratic, to say the least. 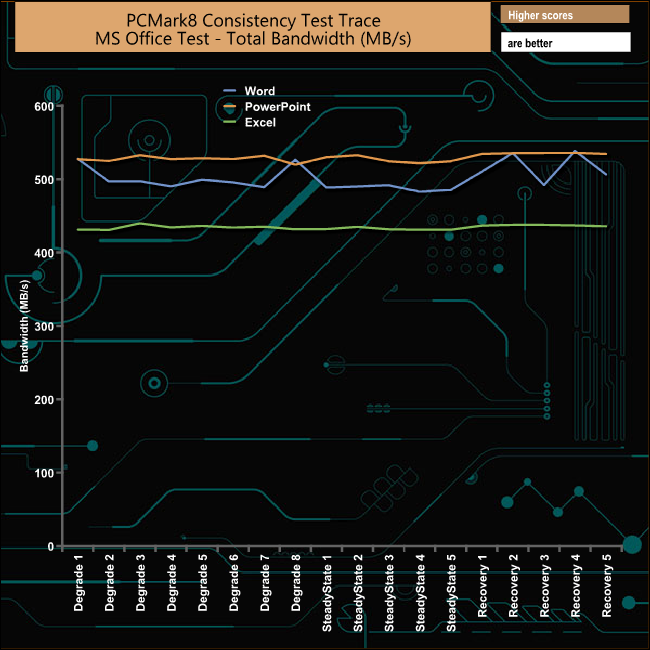 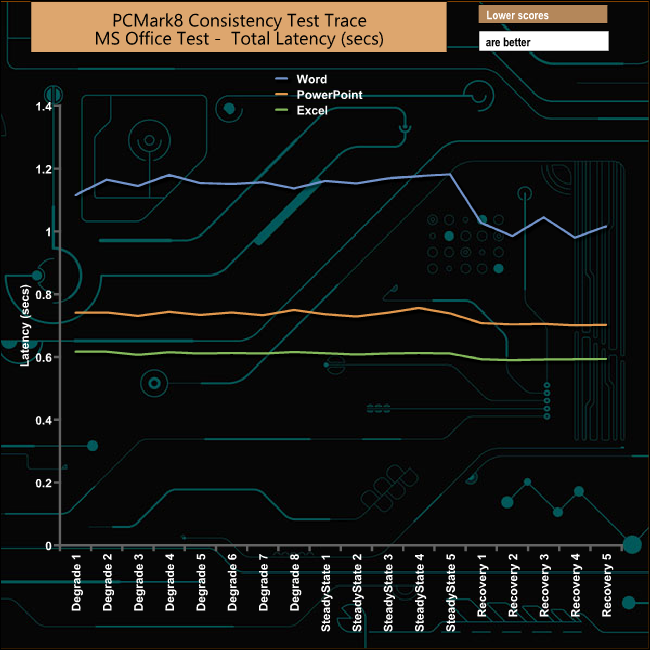 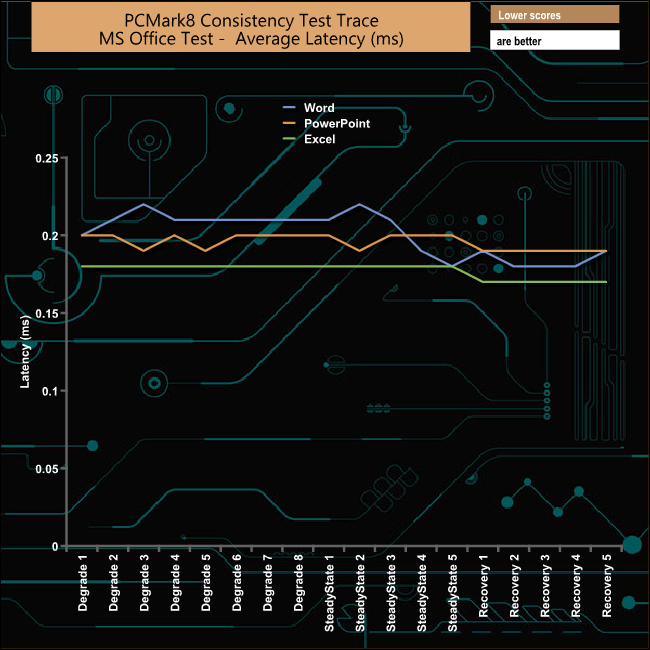 It’s pretty rare in the Microsoft Office test runs to see bandwidth result traces as flat as this. Even the Word trace, one which normally seems to give a drive some problems is dealt with very efficiently. 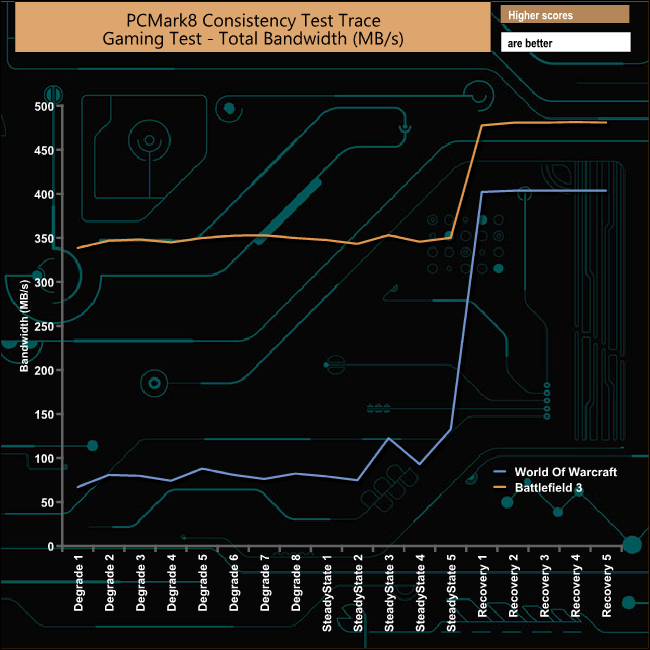 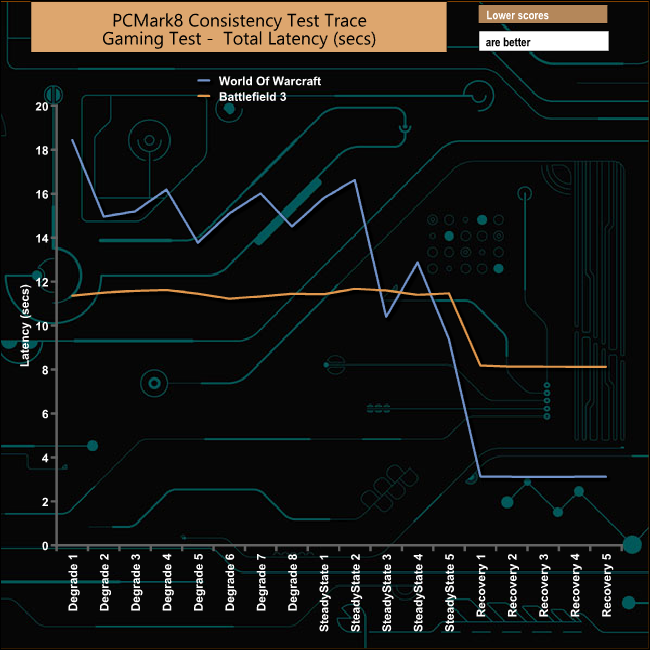 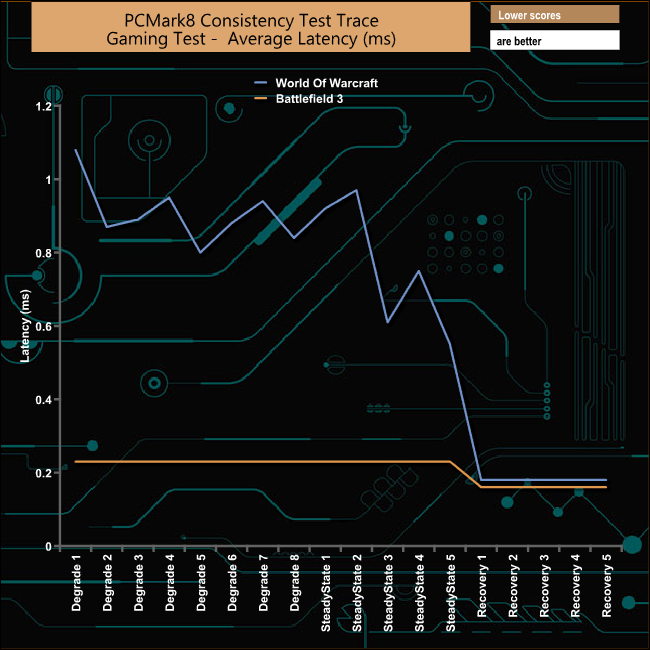