We are using version 3.5 for our NVMe disk tests but have recently started to use ATTO 4 for testing so we’ve included results from these tests. 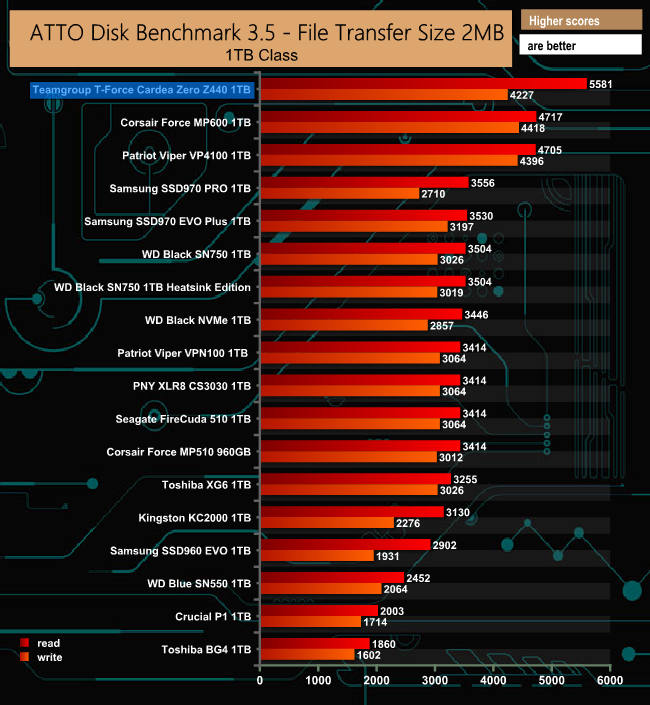 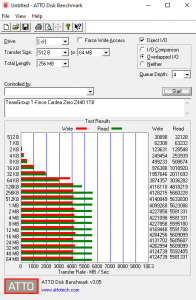 The official Sequential read/write performance figures for the drive are up 5,000 MB/s and 4,400MB/s respectively. Using the ATTO 3.5 benchmark the reviewed drive produced a read figure of 5,581MB/s, sailing past that official figure. The write figure on the other hand at 4,227MB/s was a fair bit off the stated maximum. 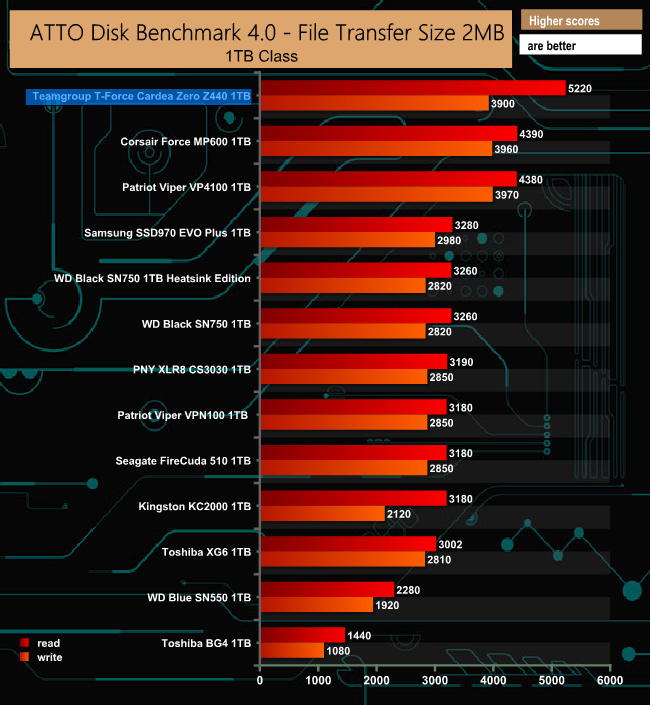 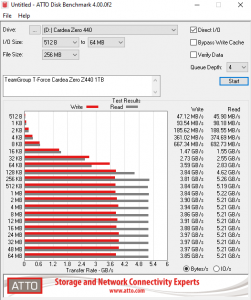 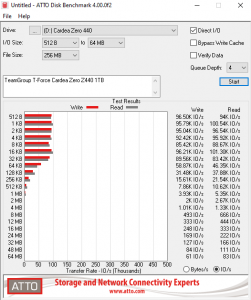 It was a similar story with ATTO 4.0 with the read performance bettering the official figure at 5,220MB/s while the writes were way off at 3,990MB/s.