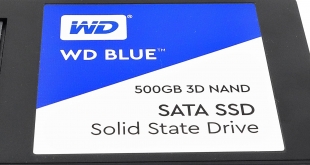 The first WD Blue SSD to see the light of day didn’t really cause that many ripples in the market. Now we have the second generation WD Blue SSD and it’s a totally different animal. This time people will take notice not least because it uses leading edge 64-layer BiCS3 3D TLC NAND technology. 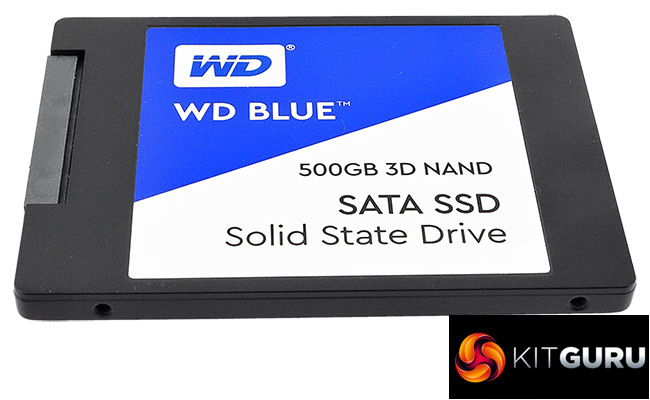 The quoted Sequential read/write figures for the 500GB version of the WD Blue 3D NAND are 560MB/s and 530MB/s respectively. These are the same figures for the 1TB and 2TB drives, the 250GB drive has slightly lower read/writes at 550MB/s and 525MB/s respectively. Random 4K figures are stated at up to 95,000 IOPS for reads and up to 84,000 IOPS for writes. The read figure of 95,000 IOPS is the same for all four drives in the range with the 250GB drive write performance dropping to 81,000 IOPS.

Endurance for the 500GB drive is quoted at 200TBW. The rest of the range have endurance figures quoted as 500TBW for the 2TB flagship drive, 400TBW for the 1TB drive and 100TBW for the 250GB drive. WD back the drive with a 3-year limited warranty.