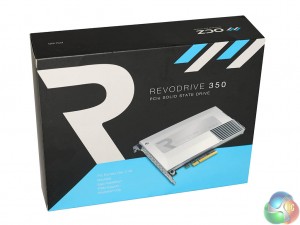 We love the gentle flowing blues and whites of the OCZ RevoDrive 350 box artwork. A lovely high resolution image of the drive itself takes pride of place. Strangely enough no mention of the size of the drive on the box – however we would expect this will change by the time they reach etailers. 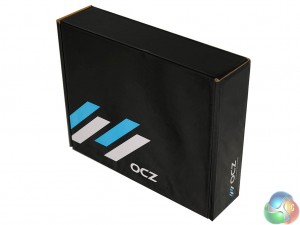 The outer sleeve slides off to reveal another OCZ branded box finished with the white and blue stripes. 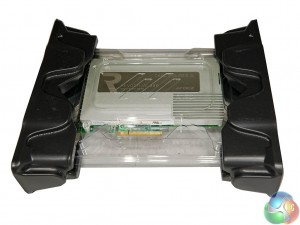 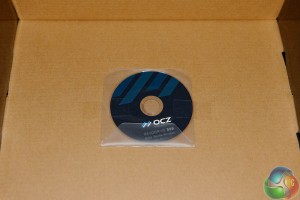 Inside, the drive is protected inside a clear plastic shell with plastic holders on either side isolating it from the box. Be careful to pay attention, as there is a mini CD in the box containing the driver. Without this driver the RevoDrive 350 will not work, so we did warn you. 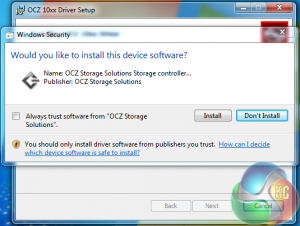 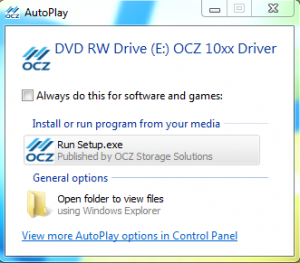 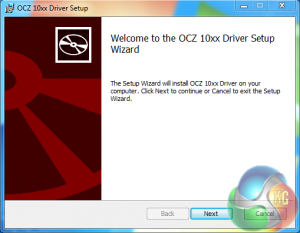 The RevoDrive 350 is bootable incidentally, although the Windows OS install will ask for the RAID driver – this can be copied to a USB flash drive for easy access. 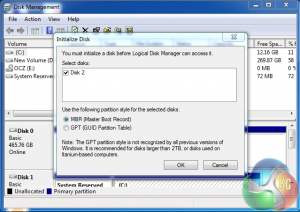 When the driver is installed and the RevoDrive 350 is formatted, there is 447GB free for storage duties. 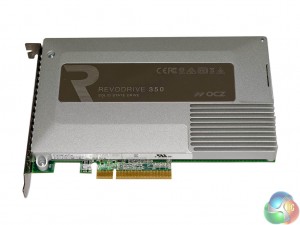 The RevoDrive 350 is enclosed inside a metal chassis, shown above. This offers some protection for the front, however the rear of the PCB is still completely exposed. On a positive note, this means that the RevoDrive 350 won’t hog up more than a single slot in any system. 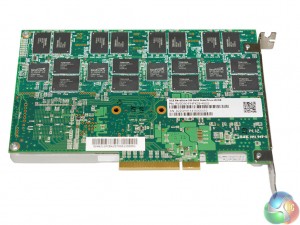 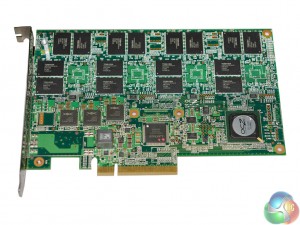 The 480GB and 960GB versions of the RevoDrive 350 are based around four LSI SandForce 2281 controllers, which are connected internally by a four port OCZ RAID controller. The drive has full TRIM support which is a huge benefit. The unit also supports TCQ, NCQ, SMART monitoring, wear leveling and power failure management.

As we mentioned earlier in the review, the RevoDrive 350 is connected via a PCIe x8 connector, not the SATA connector. This eliminates the current SATA 3 600MB/s limitation (in real world terms after overheads, its closer to 560 MB/s maximum read and write).

The RevoDrive 360 uses the PCI Express 2.0 8x bus which in theory can offer speeds up to 4GB/s.

As this is a SandForce controlled drive, the data is compressed in real time. SF controllers will store a representation of the data and it can do this by using a partition of the available NAND flash memory. The SF-2281 controller can handle around 500 MB/s sequential write and read. The four controllers are set into two pairs – with two partitions configured as RAID 0. Each pair can handle 1GB/s – when combined this is increased to 2GB/s. Yes, that is a theoretical maximum speed of 2 Gigabytes per second.

The Virtualised Controller Architecture provides a multifaceted virtualisation layer that can interface with the host system. This helps to extend NAND flash life at a block level and to help manage redundancy. 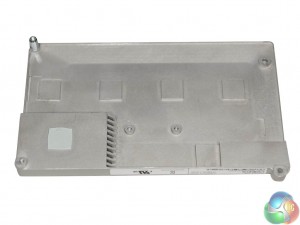 This is the other side of the chassis. We can see it doubles up as protection, and a cooler for specific areas on the PCB, including the controller.