Plextor supply a free software package available via download. This supports all of their SSD drives. 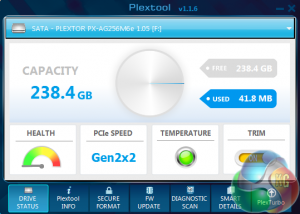 The main Plextool screen gives a basic overview of the hardware installed. In this case, health, connection speed, temperature and TRIM functionality. 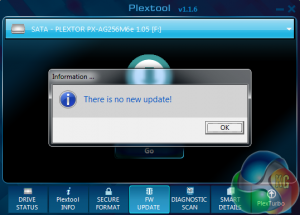 We checked for a firmware update before testing the drive. 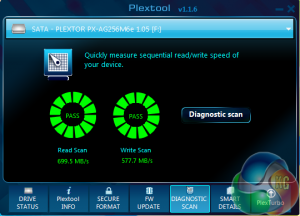 The Diagnostic scan page is both a troubleshooting tool and benchmarking option. 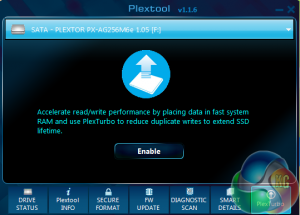 The PlexTurbo option is available via the last tab in the software. It requires a reboot. When this is enabled it will use fast system memory to enhance the overall performance. 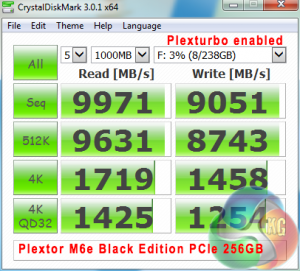 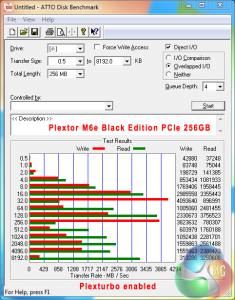 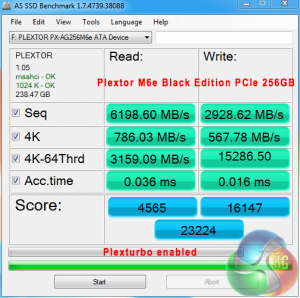 While the above performance results look incredible I have to honestly say that there are very little, if any tangible real world improvements after enabling the PlexTurbo feature. That said, it didn’t seem to cause any issues so I see no reason to turn it off.