Elitegroup Computer Systems has introduced one of the world’s first desktop personal computers with Intel Corp.’s Core M processor inside. The new system is very tiny and is completely silent, but it has features similar to those supported by full-size desktops.

The new Liva Core personal computer is based on the Intel Core M-5Y10C “Broadwell” system on-chip with two cores and built-in Intel HD Graphics 5300. The microprocessor has thermal design power of 4.5W and can be cooled down using only a radiator, which means that the system is absolutely silent. The SoC hardly provides high performance, but those who need minimal size and absolute silence will hardly find anything that provides truly high performance. 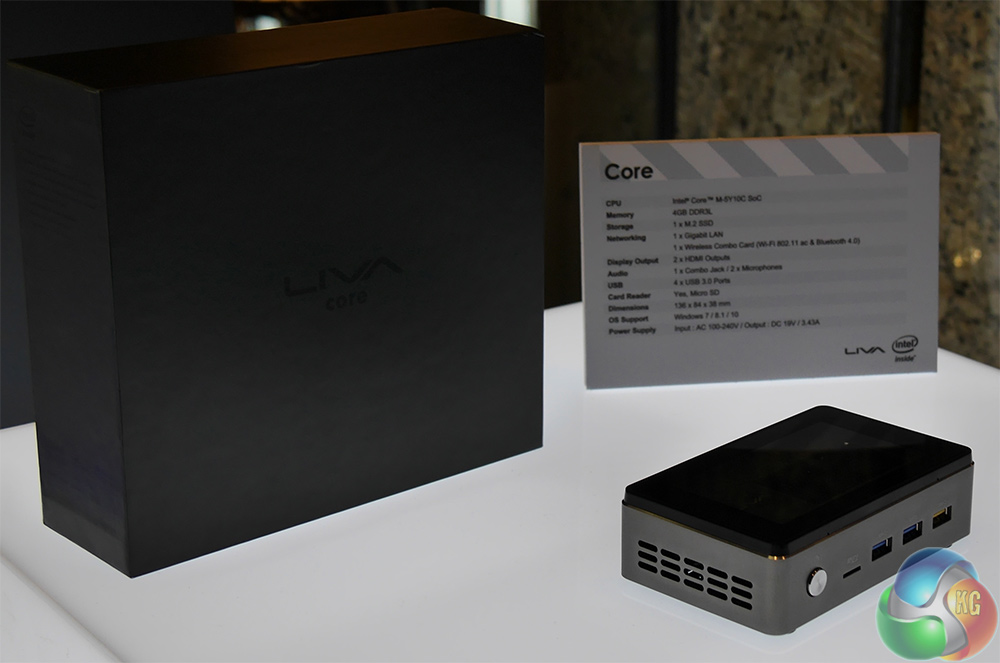 KitGuru’s Leo Waldock has pictured the ECS Liva Core at Computex in Taipei, Taiwan. The system should hit the market shortly from now. The tiny desktop PC will ship with Windows 8.1, but it is ready for Windows 10 that will be available later this year as a free upgrade to owners of Windows 8.1.

Pricing of ECS Liva Core is unclear, but do not expect it to be too affordable: Intel Core M processors are rather expensive and small form-factor PCs are not cheap in general.

KitGuru Says: Usage of mobile SoCs inside SFF desktops is an interesting decision. On the one hand, it allows companies to build ultra-small PCs that are also silent. On the other hand, such PCs are too expensive for the mass market and will hardly become popular, especially keeping in mind that Core M processors do not offer truly high performance.

Previous Be quiet! demonstrates Silent Base 600 chassis at Computex 2015
Next Gigabyte cosies up to Nvidia at Computex