Hewlett-Packard has introduced its new-generation entry-level Z-series workstations that use a variety of new technologies, including Intel Corp.’s latest microprocessors. The new machines can run serious tasks, yet they feature compact sizes and relatively affordable price-points.

The HP Z240 Tower and Z240 SFF [small form-factor] workstations are based on Intel’s Core i7/i5 or Xeon E3-1200 v5-series “Skylake” microprocessors in LGA1151 form-factor and the Intel C236 core-logic. The machines support up to 64GB PC4-17000 DDR4 memory and can be equipped with an HP Z Turbo Drive 2 solid-state drive (rebranded Samsung SM951 with PCIe 3.0 x4 interface), up to four Serial ATA-6Gb/s SSDs or hard disk drives, a professional graphics card from AMD or Nvidia and other hardware. 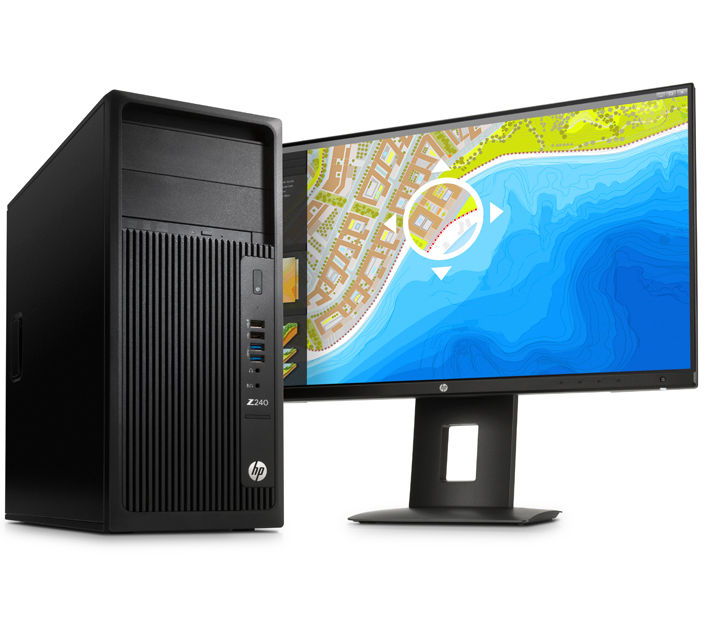 The new HP Z240-series workstations are designed for video editing, MCAD/AEC, education, public sector and image viewing industries. The new microprocessors from Intel as well as a high-end solid-state drive should greatly help video editors to do their jobs.

“In anticipation of a customer demand for smaller yet powerful workstations, HP created the world’s first small form factor workstation, the HP Z200 SFF,” said Jim Zafarana, vice president and general manager of workstations and thin clients at HP. “The latest in that line, the HP Z240, not only continues to provide customers a compact, affordable solution packed with the power of a traditional workstation, but it ups the ante for entry-level workstations with increased performance and new innovations.” 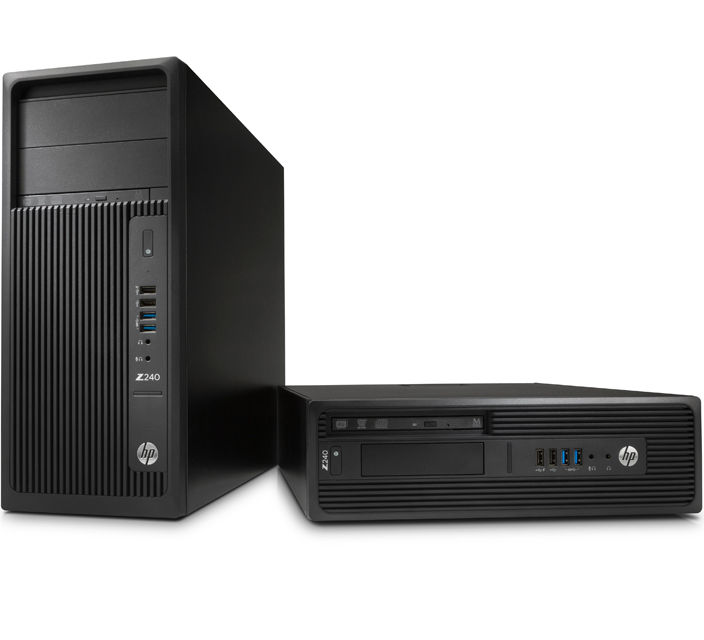 The HP Z240 SFF and HP Z240 are expected to be available in November. Estimated U.S. pricing starts at $879 for either workstation.

KitGuru Says: While it is great to see HP announcing Intel Xeon “Skylake”-based workstations, it is quite surprising to see that the machines do not feature Thunderbolt 3, USB 3.1 or truly fast SSDs. While these are entry-level models, implementation of Thunderbolt 3 and USB 3.1 is not expensive as well…