VRMark is a benchmark designed specifically with virtual reality gaming in mind. Futuremark say ‘the performance requirements for VR games are much higher than for typical PC games. So if you’re thinking about buying an HTC Vive or an Oculus Rift, wouldn’t it be good to know that your PC is ready for VR? VRMark includes two VR benchmark tests that run on your monitor, no headset required, or on a connected HMD. At the end of each test, you’ll see whether your PC is VR ready, and if not, how far it falls short.’ 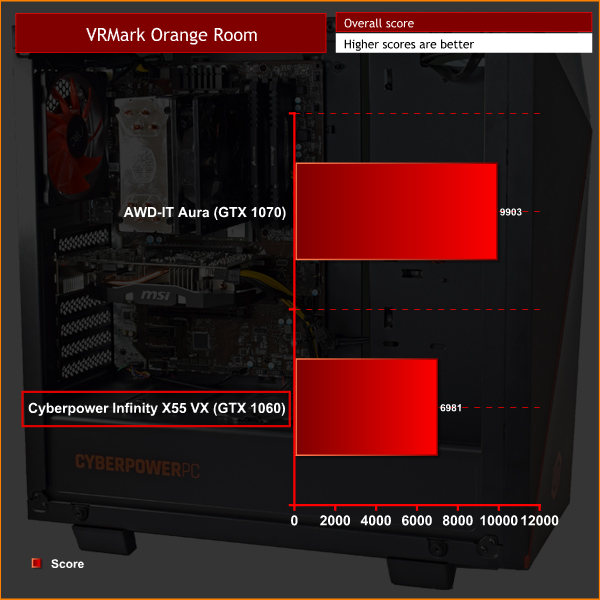 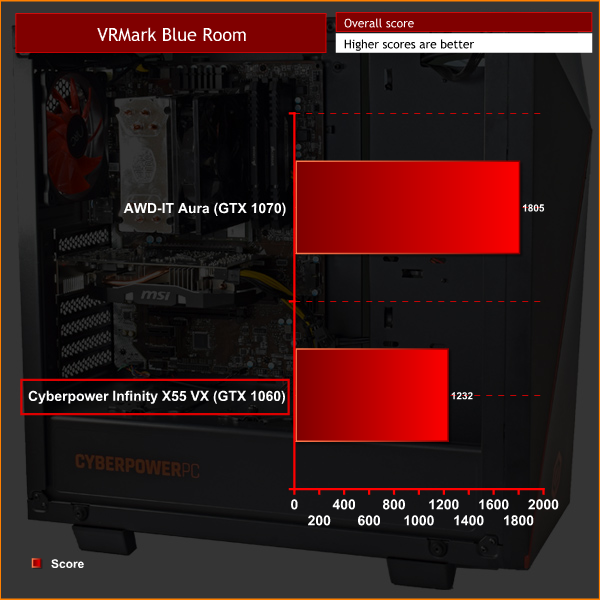 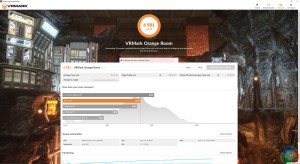 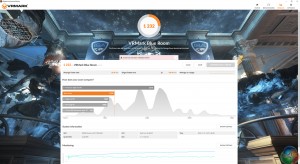 A new addition to our benchmarking suite, VRMark looks like one of the few valid ways of testing the VR capabilites of a PC. Consisting of two ‘rooms’, or benchmark tests, the Orange Room is the standard test, while the Blue Room is much more demanding.

In both tests, the GTX 1060 is behind the GTX 1070 – as expected. It is still a VR-ready card though, and the scores prove it is more than capable of running a VR headset.