Corsair launched its Vengeance series in 2018 and since then, this gaming pc range has become one of the most popular on the market due to its excellent performance and stylish looks. New systems added to the Corsair Vengeance range include the 6180 and 6182, both include highly customisable RGB lighting, and a liquid-cooled AMD Ryzen 7 3700X processor, with eight cores and 16 threads.

To ensure that the Vengeance 6100 series performs admirably in AAA titles, Corsair has paired the AMD Ryzen 7 3700X CPU with an AMD Radeon RX 5700 XT 8GB GPU and 16GB of Corsair Vengeance RGB PRO DDR4-3200 MHZ RAM. CPU cooling is taken care of with a Corsair H100i RGB Platinum all-in-one cooler and the systems are powered by the reliable Corsair RM650 80 Plus Gold rated power supply. 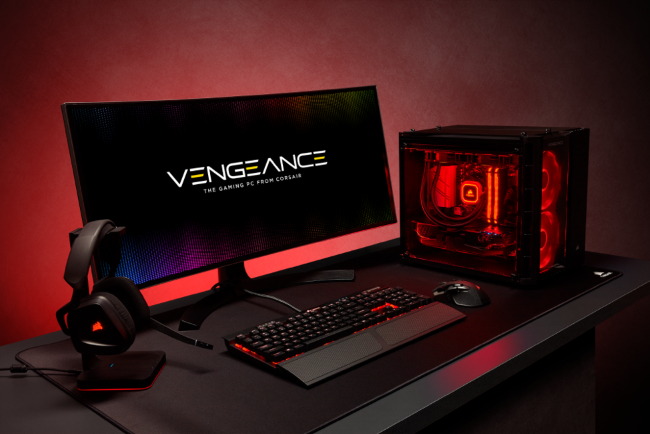 Vengeance 6100 systems feature extensive RGB lighting effects via a total of 140 addressable LEDs throughout the system. Mesmerising lighting effects are visible through the Corsair 280X chassis tempered glass side panel and can be controlled and configured to suit your style via Corsair’s iCUE software.

The new Corsair Vengeance 6100 gaming PC systems are available to order direct from the Corsair website and via official Corsair retailers across the U.S with an MSRP of $1,999 and are backed by a two-year warranty.

KitGuru says: The new Corsair Vengeance 6100 systems should have enough power to run the top PC games of the moment. What do you guys think of this new prebuilt series from Corsair?