Grand Theft Auto: Episodes From Liberty City is a standalone compilation of the DLC episodes for Grand Theft Auto IV, containing both The Lost and Damned and The Ballad of Gay Tony on one disc. It was released alongside the DLC release of The Ballad of Gay Tony on 29 October 2009 for the Xbox 360 and released on 13 April 2010 for Microsoft Windows and PlayStation 3. It does not require a copy of Grand Theft Auto IV to play, nor is an Xbox Live or PSN account necessary (except for multiplayer). The content is also played straight from the disc, and does not need to be downloaded to a hard drive to play, like various other disc-based expansions for other Xbox 360 games that have been released in the past.

The engine is still extremely demanding for this game – even months later for the newest hardware. The latest version changes some of the rendering calls and is used partially within the latest Max Payne engine.  We maxed out all the settings and played at a resolution of 1920 x 1080.

We saw a little more variation in the framerate when playing GTA4: EFLC than with other games, a likely result of the CPU dependent nature of this game.  But playable framerates were achieved throughout our tests, even with all the settings on maximum. 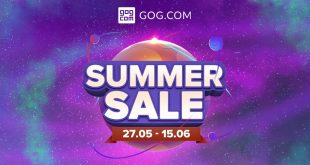