When I was in charge of DriverHeaven I wrote a scripted benchmark which was not only used to help users ascertain system specific performance levels but was useful in reviews to accurately measure performance in key areas. Leading tech sites such as Madshrimps, Hardware Canucks, Benchmark Reviews and Hardocp used my benchmark in their reviews also.

This version of the script has been thoroughly tested on Adobe Photoshop CS5 and CS4 and is compatible with Photoshop 7. It is important to document however that different versions of Photoshop give different end results. Adobe have been fine tuning the program over the years and enhancing specific filters and algorithms for better performance (some filters were rewritten during the CS2 time period). This means ultimately that comparing times with users running other versions of Photoshop is not going to give consistent results.

The i5-760 achieved  a good level of performance in this benchmark as it really benefits from the increased clockspeed. 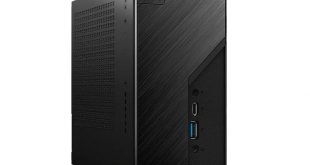