Taiwan Excellence Awards were handed out recently with both Gigabyte and MSI winning awards for their innovative products. Two of Gigabyte’s motherboards and a content creation product from MSI were among the winners of the awards.

The Gigabyte Z390 Aorus Xtreme Waterforce includes an all-in-one monoblock that covers the CPU, VRM and the chipset to provide excellent out of the box liquid cooling performance. The motherboard features exclusive leakage detection which immediately activates a protection mechanism if any liquid is detected on the monoblock. Customisable RGB lighting is integrated into the monoblock and other areas of the motherboard for enhanced aesthetics.

“It’s an honour for us to receive a Taiwan Excellence Silver Award for the Z390 AORUS XTREME WATERFORCE and a Taiwan Excellence Award for the X570 AORUS XTREME. Winning the awards is a testament to the hard work and dedication we put forth into developing these two motherboards,” said Jackson Hsu, Director of the GIGABYTE Product Development Division. 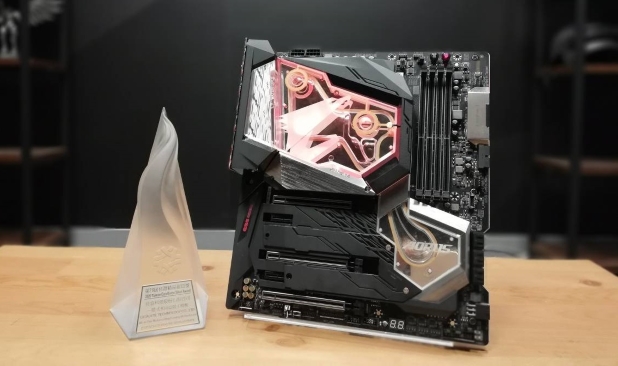 MSI was also a winner of the Taiwan Excellence Award with its Content Creation series Prestige P100 desktop system picking up a Silver Award too. The Prestige P100 aims to provide the best performance for content developers with its high specification, including Intel 9th generation Core K series processors, supporting a total of 64GB RAM and featuring the latest Nvidia RTX 20 series graphics cards. MSI claims the Prestige P100 no longer looks like a computer, but an art piece.

“MSI not only continues to maintain its innovative spirit in the Gaming industry, but also launches the Content Creation series with the combination of top-notch technology and modern boutique aesthetics, specifically tailored to content creators. It is a great honour to have the Prestige P100 achieved this time! In the future, MSI will continue to bring new and leading technology products to the world,” said Sam Chern, MSI Marketing VP.

KitGuru says: Taiwan Excellence Awards pick out some of the most innovative and cutting-edge hardware from the year. If you had the chance, which hardware released this year would you hand an excellence award to?