Minix unveils a range of Mini PCs coming to the UK

Mini PCs and NUCs are becoming more popular these days by offering a portable alternative to the traditional desktop PC for commercial environments. A company that has been on our radar for some years is Minix who are now offering a range of Mini PCs here in the UK.

The Minix Mini PC series will include several configuration options with a range of devices suited to industrial and commercial applications, all offering a small form factor design and featuring Intel processors, various display output options and VESA mounting support.  In addition to the Mini PCs, the company will launch an Android-powered TV box too.

Minix Neo G41V-4 features an Intel Gemini Lake Celeron N4100 processor with triple display outputs consisting of HDMI 2.0, VGA and DisplayPort capable of a resolution of up to 4k 60Hz. Other connectivity options of the Neo G41V-4 include 2 x USB 3.0 ports, 2 x USB 2.0 ports, a TF card slot and 3.5 mm audio jack on the front, with the display ports and Gigabit Ethernet located on the rear.

Other models from the Neo series are the N42C-4 Plus, which includes all the features of the J50C-4 but with an Intel Pentium N4200 processor and the Neo Z83-4 Plus with an Intel X5-Z8350 processor. All devices from the NEO Mini PC range feature Bluetooth connectivity, Kensington lock compatibility and Microsoft Windows 10 Pro operating systems.

To check out the complete range of Minix products head over to the official Minix site for more information and full product specifications.

KitGuru says: Minix may be a new name to the UK Mini PC market, however, the range offers plenty of configuration options to suit various scenarios. What do you guys think to these new devices from Minix? 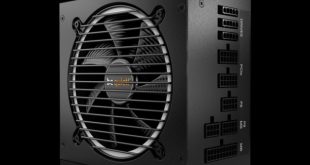