PCSpecialist has teamed up with one of the world’s most recognised esports gaming outfits, Fnatic, to produce the Official Fnatic Gaming PC. The new gaming PC series from PCSpecialist and Fnatic will not only power Fnatic’s gaming facilities but also be available for consumer purchase across Europe.

As well as producing the official Fnatic Gaming PC, the new partnership between PCSpecialist and the esports giant will see PCSpecialist provide all Fnatic’s players with top of the line gaming equipment that will be used in practice and during tournaments, such as the upcoming Intel Extreme Masters CS:GO battle next month.

“We have the perfect hardware partner in PCSpecialist, the team understands what our players need from the equipment and expertly deliver a platform that exceeds expectations, giving our players the tools to be able to perform at the highest level,” said Patrik Sättermon, Chief Gaming Officer at Fnatic.

PCSpecialist and Fnatic have teamed up to create the ultimate gaming PC for both professionals and consumers alike. The new Fnatic Gaming PC will power Fnatic’s facilities around the world, including locations in London, Berlin and Kuala Lumpur, allowing Fnatic pros to train at the highest level using the best possible equipment. 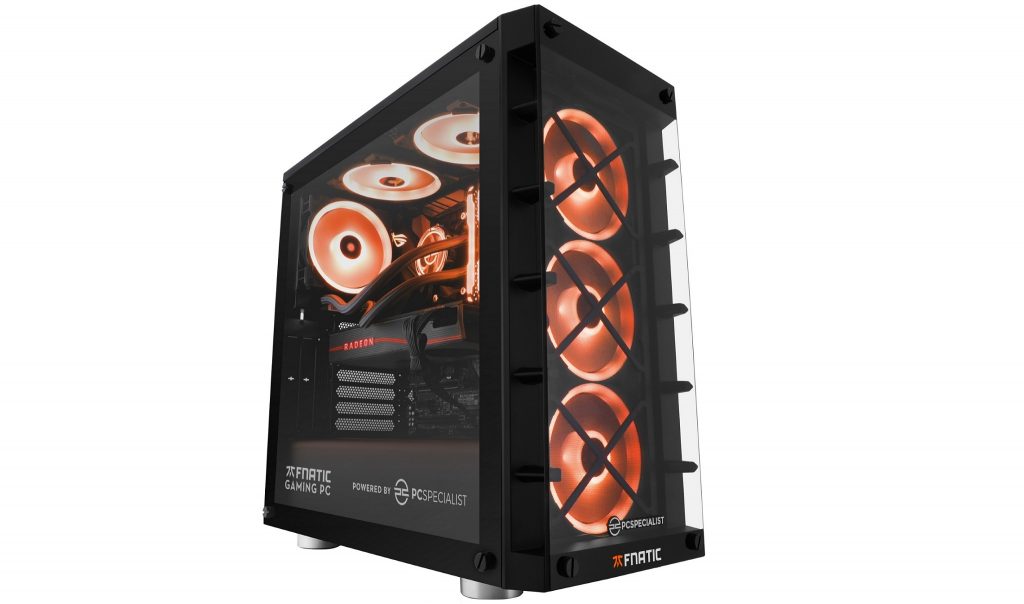 Fans of the Fnatic esports team in the UK and across Europe will be able to get their hands on this premium gaming PC to hone their own gaming skills at home. The Official Fnatic Gaming PC is now available to purchase from the PCSpecialist website, where customers can configure the build to their own personal specifications. Alternatively, UK customers can pick up the Official Fnatic Gaming PC in store at Currys PC World.

“Gaming has always been a big part of PCSpecialist’s DNA, so to have one of the world’s leading esports organisations on-board as a partner is extremely exciting and one which we’re incredibly proud of,” commented John Medley, Commercial Manager, PCSpecialist Ltd.

KitGuru says: Are you an aspiring pro gamer looking for a new system to hone your skills on? If you are, then head over to the PCSpecialist online store and check out some of the high spec gaming systems they have available.