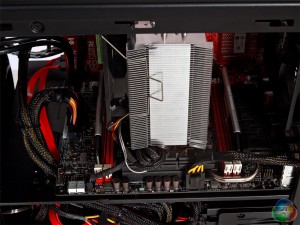 The central feature of the YOYOTech M-Cube WS2 is its Intel Xeon E5-2660 processor. This isn’t the latest v2, though, which is based on the Ivy Bridge-EP core, but the previous Sandy Bridge-EP. 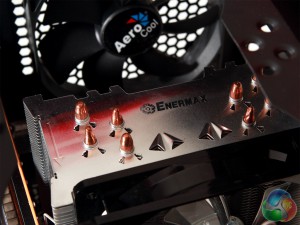 Both run at 2.2GHz, but the Sandy Bridge-EP version has eight cores rather than the later version’s ten. This is still a huge number of cores for a midi-sized workstation. The Xeon E5 supports Hyper-Threading, too, so each core is divided into two virtual ones, giving the system a whopping total of 16 threads for parallel tasks. We’ve removed the DVD and card reader to allow increase lighting for these internal photos.

The Xeon E5 also supports Turbo Boost, so a single core can hit 3GHz, and all eight cores can run at 2.7GHz. So the E5-2660 doesn’t offer the clock speed of the frequency enhanced Core i5 in the M-Cube WS, but it does have twice as many cores. 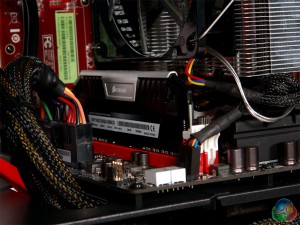 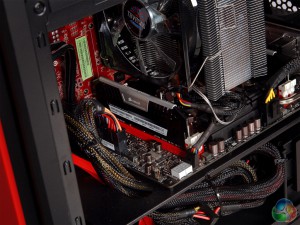 There’s twice as much memory, too. The ASUS RAMPAGE IV GENE supports a maximum of 32GB, and YOYOTech has provided half that in the shape of a pair of 8GB Corsair 1,333MHz DDR3 DIMMs, leaving two slots free. So you could upgrade to the full complement if so desired, although this requires dexterity with the Enermax cooler so close by.

On the downside, this configuration means you aren’t getting the benefit from the quad-channel memory controller of the Xeon E5. If you think you can stick with 16GB of memory, four 4GB DIMMs would provide greater bandwidth, or it could be worth specifying the full 32GB from the outset.

It’s also worth noting that the ASUS motherboard supports 2400MHz DDR3 memory, so this is an option as well. There are a lot of features here, considering the motherboard’s Micro-ATX form factor, including two 16x PCI Express slots, plus a single 8x slot and a 4x slot. 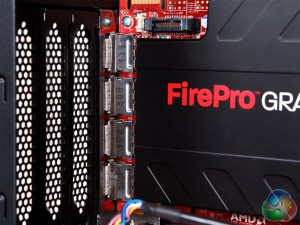 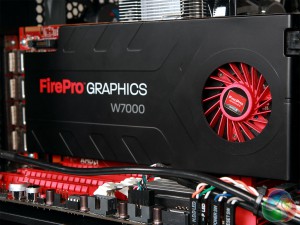 Graphics acceleration is taken care of by an AMD FirePro W7000. This is the entry point for AMD’s high-end graphics selection, and is a very cost-effective option.

It sports 1,280 stream processors and 4GB of GDDR5 memory, with 154GB/sec bandwidth. Support is available for DirectX 11.1, OpenGL 4.2 and OpenCL 1.2. We have found NVIDIA’s Kepler Quadros to be superior in performance, but the AMD FirePro W7000 still provides a lot of performance for the money. It’s also relatively low in power consumption, requiring less than 150W, which is reassuring considering how cramped the chassis is inside. 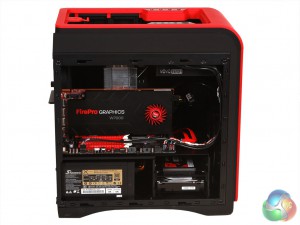 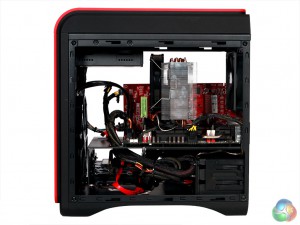 As we mentioned in our previous M-Cube WS review, the M-Cube WS2’s Aerocool Dead Silence DS Cube chassis is pretty exceptional for a workstation. The bright red paneling and side viewing window (although there are other options) are just the beginning.

Space is pretty tight, with the Enermax CPU cooler exceptionally close to the memory, but the interior is very neat. This is also a very light workstation, which is ideal if you do regularly need to move your systems between offices, or are just short of space in your work area. 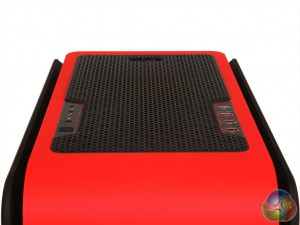 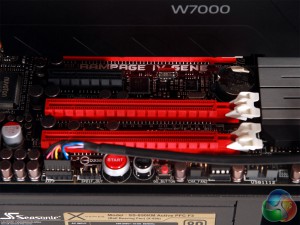 There are two USB 2.0 and two 3.0 ports on the top, alongside audio connectivity and the power and reset buttons. 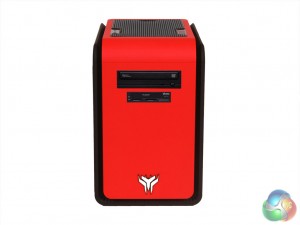 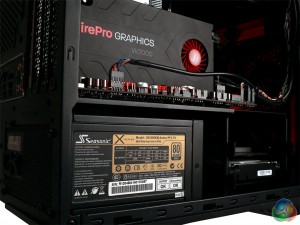 The front has space for single 5.25in and 3.5in drives, and our sample came with the usual DVD rewriter and multi-format memory card reader in each of these respectively.

Inside, there’s space for one more 2.5in or 3.5in drive, plus a tray for a further two 2.5in drives. The chassis sports a Seasonic 850W X-850 80 Plus Gold PSU, which should be more than adequate for the components. 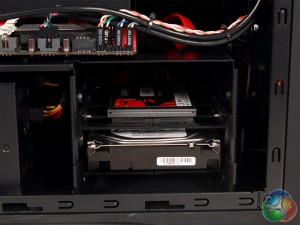 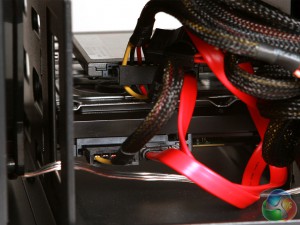 The storage setup is more what we have come to expect from workstations than the M-Cube WS, too.