Alienware’s Steam Machine could be the one to watch

Yesterday Valve began showing off the first wave of Steam Machines due to release throughout the year but out of the lengthy list of manufacturers, it seems that Alienware could be the one to watch.

Alienware has always been known for its stylish but arguably overpriced gaming PC's and laptops but according to Gabe Newell himself, Alienware's Steam Machine is the closest one to Valve's vision:

“We have been working with Alienware since we began defining our vision of the Steam Machine. Alienware’s historic commitment to gaming, their design and engineering capabilities and their global reach made them an ideal partner for us on our Steam Machine project,” explained Gabe Newell, Valve Founder. “The result of our collaboration is the Alienware Steam Machine, a console that encapsulates the full potential of what a Steam Machine should be.” 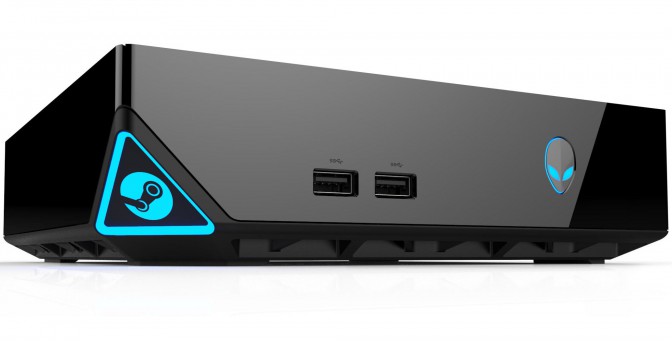 The actual specs and pricing haven't been released but more details are due to come throughout 2014. This isn't the PC builder's first crack at a small form factor PC either, the Alienware X51 PC's aren't much bigger than the Xbox 360 and Playstation 3 slim and have been around for a couple of years now.

More details on Alienware and Valve's collaboration will come later on in the year while the console sized box is due to come out at the end of 2014. That said, the X51 range will be soon be sold with Steam OS pre-installed.

KitGuru Says: Alienware is a huge name in gaming PC's, if this new offering comes in at a competitive price point then it has a good chance of stealing the spotlight from the new consoles later this year.