Microsoft has been working on bringing Windows 10 to ARM chipsets for a couple of years now, with the goal of launching affordable portable PCs. The full roll out is expected to kick off over the next few months, but today HP gave us a preview of what to expect, with a $999 laptop based on the ARM chipset with Windows 10.

Now $999 isn't exactly the price I had in mind when we first heard of ‘affordable' ARM Windows PCs coming to the market, but here we are. The HP Envy X2 packs a Qualcomm Snapdragon 835 processor, 4GB of RAM and an Adreno 540 GPU under the hood, powering the ARM version of Windows 10, which comes with its own set of unique limitations compared to the traditional desktop version. 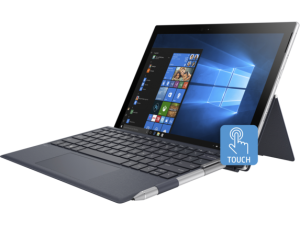 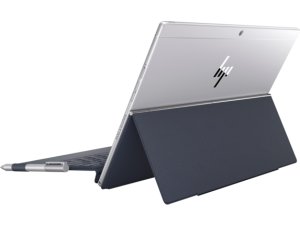 In terms of design, the laptop from HP has a lot in common with the Microsoft Surface. It has a 12-inch 1080p IPS display with touch screen capabilities, and the system acts as a 2-in-1, with a detachable keyboard, for tablet or laptop use. It even comes with a pen/stylus, just like the Surface.

The big advantage to using an ARM-based Windows laptop is battery life rather than performance. HP claims that the Envy X2 can last up to 22 hours on a single charge, and can last up to 19 hours with video playback.

KitGuru Says: I feel like $999 for a Snapdragon 835 powered PC is a bit over the top on the pricing spectrum, particularly when you consider that there are many capable traditional Windows 10 laptops available at around that price. Still, this is just the first ARM-powered Windows 10 PC to be unveiled, so perhaps we'll see a broader spectrum over the next few weeks.