Ape Out, the unique jazzy ‘smash-em-up’ is free on the Epic Games Store

For the 5th day of the Epic Games Store’s “12 Days of Free Games”, the uniquely styled ‘smash-em-up’, Ape Out, is available to download for free. With a dynamic jazz soundtrack, and a minimalistic art style – similar to that of Saul Bass – Ape Out provides a unique game that gives players that “one more time” mentality. The game is available to purchase for free until 4pm on the 24th of December, when it will be replaced.

Ape Out released in February 2019 to a positive critical reception. The game is a “wildly intense and stylized smash ‘em up about primal escape, rhythmic violence & frenetic jazz.”, where you “[b]uild up nearly unstoppable momentum and use your captors as both weapons + shields to crush everyone on your procedurally generated path to freedom.”

Published by Devolver Digital, the game evokes memories of Hotline Miami, as you can “[u]nleash your primal instincts and incredible strength to overpower your captors. Hold them steady to create a human shield, smash their feeble bodies into walls, or throw one into another in a violent explosion of humanity.” 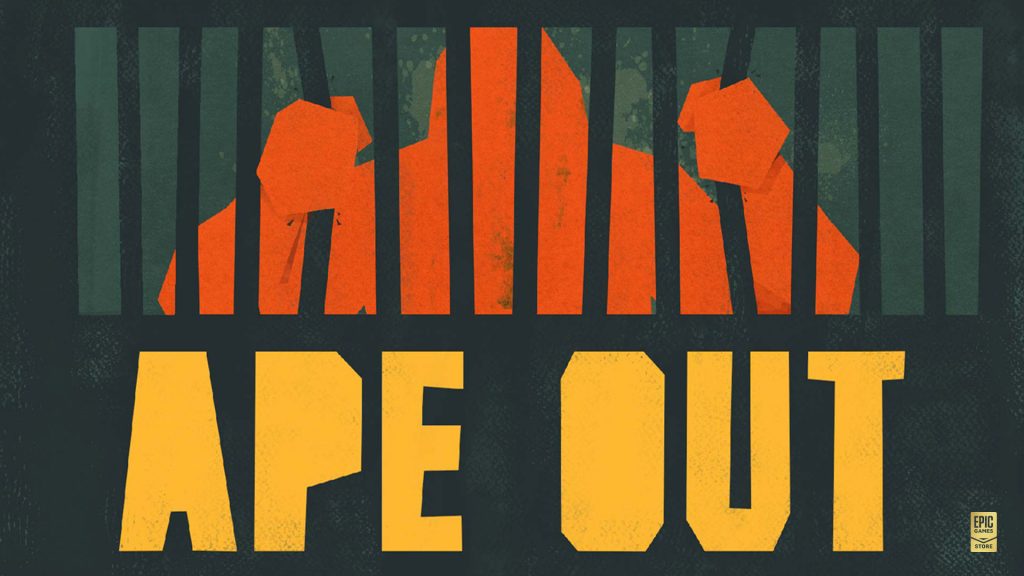 Just as Hotline Miami was known for its soundtrack, so too is Ape Out, with it featuring “a dynamic soundtrack of drums, cymbals, and decapitations driv[ing] the action to the edge of mayhem.”

Some users have criticised the game for being repetitive, but for the low price of ‘free’, you can check the game out for yourself and make that judgement on your own. Ape Out is available to purchase for free on the Epic Games Store until the 24th of December at 4pm, when it will be replaced by an as-of-yet unknown free game. If you purchase Ape Out for free however, it will remain in your library, even after the fact.

KitGuru says: What do you think of the Epic Games Store’s “12 Days of Free Games” so far? Which game has been your favourite? What game are you hoping to see on offer? Let us know down below.