On a regular and consistent basis, Microsoft announces and adds new games to its Xbox Game Pass subscription service. The console manufacturer has announced its next batch of titles set to be joining the service, and they include Destiny 2’s Shadowkeep and Forsaken expansions, as well as Resident Evil VII: Biohazard – to name a few.

The full list of titles announced by Microsoft are as follows: 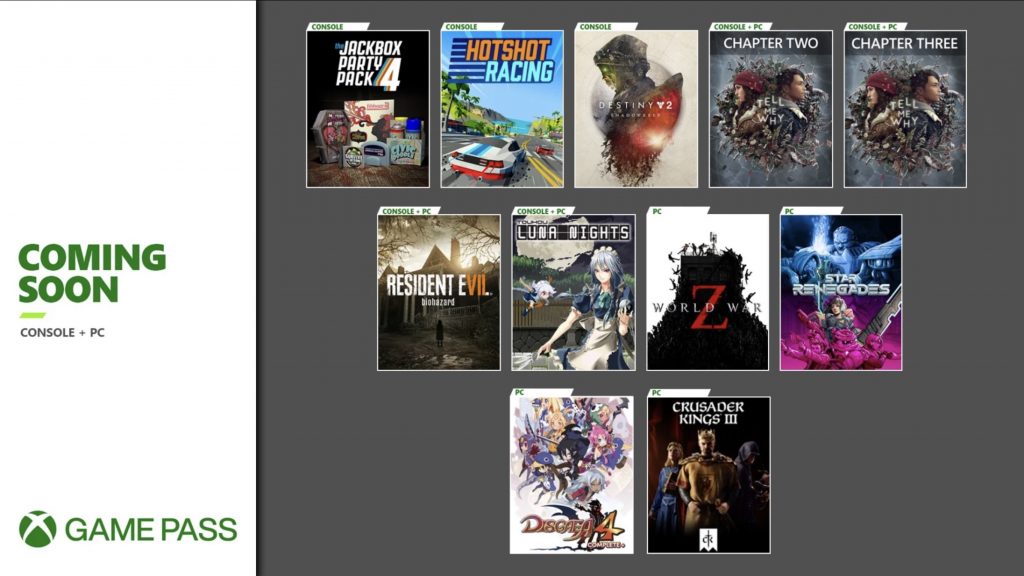 It’s interesting to note that Resident Evil VII: Biohazard was also recently added to the PlayStation Now game subscription service. While RE7 will only be available on PlayStation’s service for 3 months, Microsoft is less upfront with disclosing when its titles will be leaving.

That being said, Red Dead Redemption 2 will be leaving Game Pass on the 7th of September, with Jump Force and Gonner: Blueberry Edition following on the 15th.

KitGuru says: What do you think of these newly announced batch of games? If you own Game Pass, do you use it on Xbox or PC? Do you think Game Pass is worth its price? Let us know down below.