Continuing its handout of free titles, the Epic Games Store is offering its users the physics, and perspective twisting puzzle title ‘The Bridge’ for free. Replacing last week’s offering of ‘Horace’, The Bridge gives you 48 unique puzzles to work through, all of which “forces you to reevaluate your preconceptions of physics and perspective”. The Bridge will be available to purchase for free until the 30th of January at 4pm, when it will be replaced by Farming Simulator 19.

The Bridge is a logic puzzler which takes inspiration from both Isaac Newton and M.C. Escher. The game has you “[m]anipulate gravity to redefine the ceiling as the floor while venturing through impossible architectures”. Throughout all 48 levels, players will “[e]xplore increasingly difficult worlds, each uniquely detailed and designed to leave you with a pronounced sense of intellectual accomplishment.”

The game features hand-drawn art which emulates a black-and-white lithograph, further adding to the theming of the experience. With “[g]ravity manipulations, gravitational vortexes, parallel dimensions, and many more mind-bending concepts in a world where the laws of physics are not what they seem” The Bridge will keep your mind sharp, as you learn to look at the world from a new perspective. 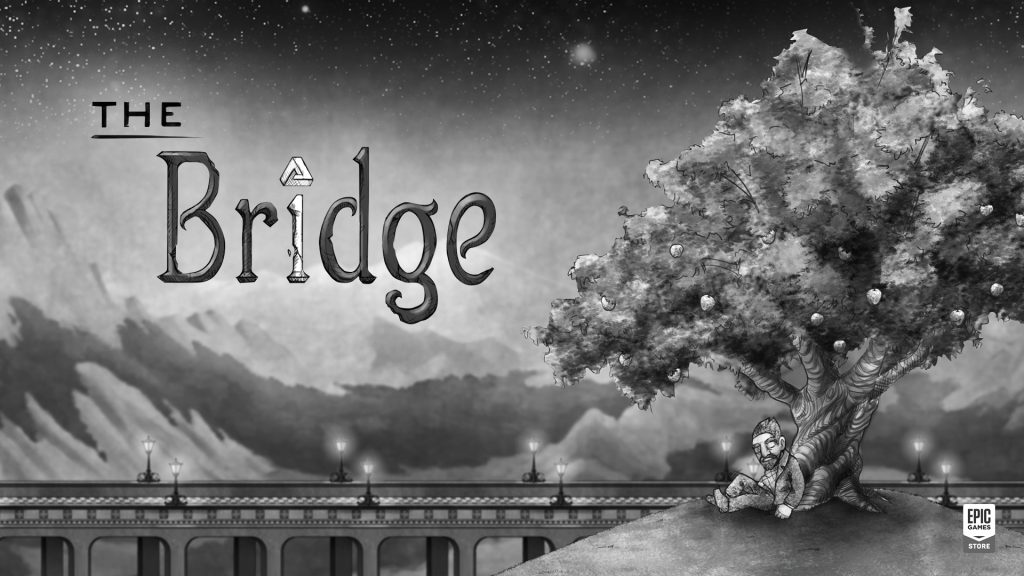 Releasing originally in 2013, The Bridge received mixed reviews, with some critics wishing that the game had more of a story, while others believed it to be lacking in the gameplay department. Still, most agreed that what was there was solid, and so regardless, if you’re into testing your mind, The Bridge is worth picking up and giving a go.

The Bridge will be available to purchase for free until 4pm on the 30th of January, at which point it will be replaced by Farming Simulator 19, so make sure to pick it up before then.

KitGuru says: What do you think of this week’s offering? Are you a fan of puzzle games? What’s your favourite game in the genre? Let us know down below.