Sea of Thieves has sold 5 million copies on Steam alone

Ever since Microsoft announced its Xbox Game Pass subscription service, the console manufacturer has made it clear that subscriptions are the future – at least in the eyes of Xbox. Despite this, many fans flocked to storefronts to buy Rare’s Sea of thieves outright – 5 million in fact.

Making the announcement on their blog, Sea of Thieves developers Rare said “Even as we finish celebrating the grand milestone of 25 million Sea of Thieves players, we’re already rolling out the barrel again as we surpass five million units sold on Steam!”

Discussing what this milestone means for them, Rare said “With Sea of Thieves being our first game developed in-house for PC as well as Xbox, we’re absolutely delighted to see such a huge influx of new pirates starting their adventures since the game made it to Steam in June last year.” 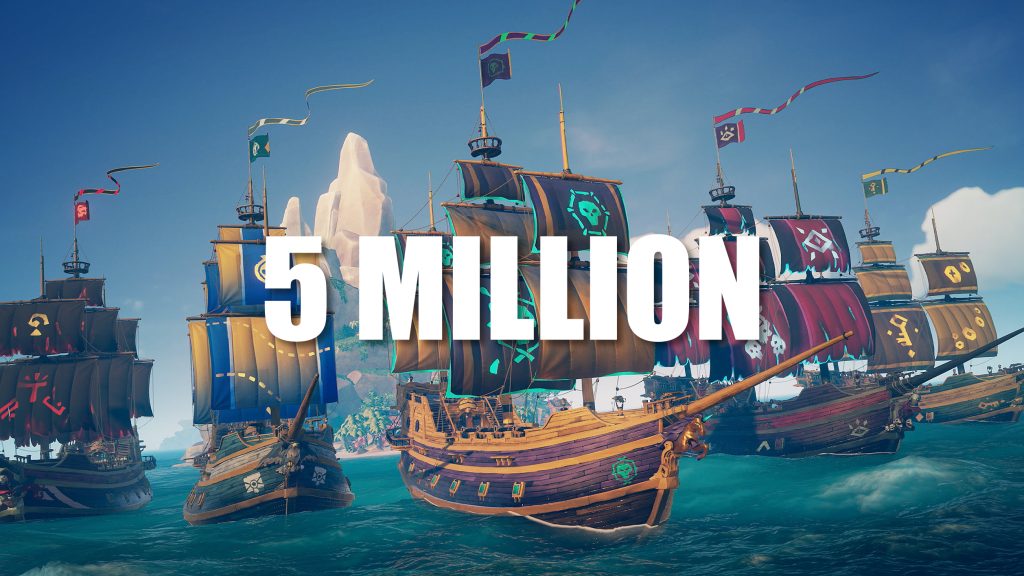 Whether through Steam or Game Pass, Rare took the opportunity to say “No matter which platform you play Sea of Thieves on, it would never have had this success without the support of you, the players – so all we can say is thank you! We’re overjoyed to see more and more players – regardless of platform, device or where they are in the world – joining us on our pirate odyssey and making the Sea of Thieves an ever more vibrant place”

Sea of Thieves was one of Xbox Game Pass’s earliest successes, with the multiplayer first-person pirate adventure game garnering more than 1 million players within its first 2 days on the market – ultimately becoming the fastest-selling new IP released for the Xbox One.

Sea of Thieves has seen consistent growth since its initial launch in March of 2018, seemingly both through Game Pass and premium sales. Ever since Microsoft shifted its focus to Xbox Game Pass, sales figures for Microsoft titles have been rare, with most numbers accounting for total players and not individual sales. It is therefore interesting and encouraging to see Sea of Thieves succeed both within and outside of Xbox Game Pass, proving that there is a place in the industry for both. Sea of Thieves is currently 50% off on Steam.

KitGuru says: Have you played Sea of Thieves? Did you buy it through Steam, or did you play it through Game Pass? Do you think individual game sales and subscription services can coexist in the long-term? Let us know down below.