The Epic Games Store is continuing to offer free games to its users each week. Over the past couple weeks however, the storefront has been adding surprise titles to its list of free games. Last week saw World War Z being added. This week, joining the – already announced – Gone Home and Hob, is Drawful 2, the popular party game from Jackbox Games.

Gone Home is an interactive exploration simulator. The game misdirects its players into thinking it’s one thing, then subverts that expectation in an expertly manner. Released in 2013, the game received critical acclaim and was nominated for a number of ‘Game of the Year’ awards. Gone Home is short and poignant, and definitely worth checking out – although it is recommended that you go into it with as little information as possible.

Hob is a “vibrant, suspenseful action-adventure game set on a stunning and brutal world in disarray”. The game is unique in that it tells its story with no words or dialogue, instead being “revealed as you explore the planet and interact with the strange life forms that inhabit it”. With a focus on environmental puzzling and exploration, Hob offers a journey that is well worth travelling. The game received consistently positive reviews from both critics and users. 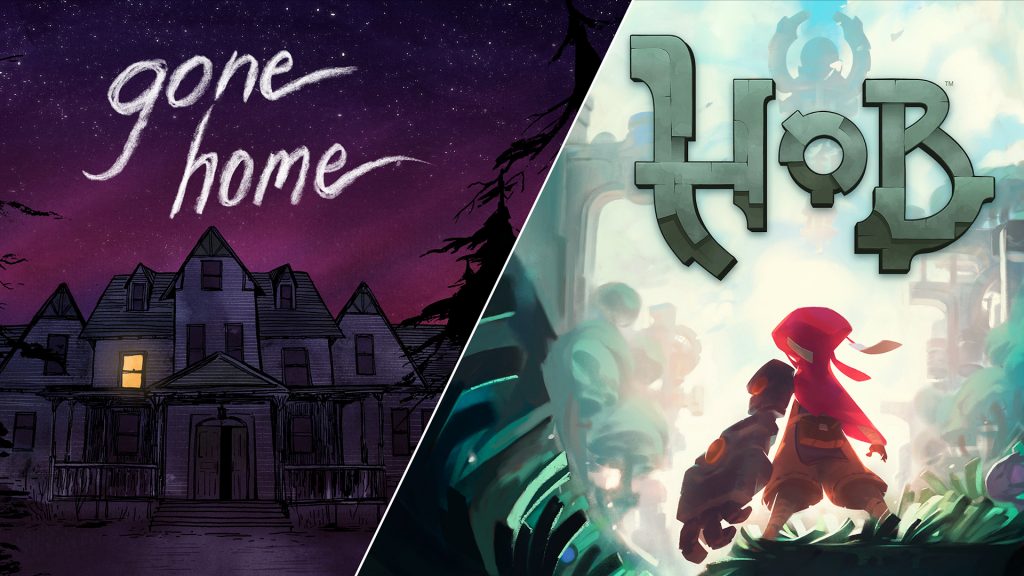 The final game on offer is Drawful 2. Released as a bonus free title, Drawful 2 is a standalone sequel to the popular mini game which featured in Jackbox’s first Party Pack. Drawful 2 is a casual party game where the main goal is to be funny and enjoy yourself. Playable both locally or over the internet, Drawful 2 is the perfect game to play with friends or family during a time when many people can’t leave the house.

All three of these titles will be available to download for free from now until the 9th of April at 4pm – at which point they will be replaced by Sherlock Holmes: Crimes and Punishments, so be sure to add them to your library when you get the chance.

KitGuru says: What do you think of this week’s offerings? What is your favourite Jackbox mini game? Do you enjoy knowing what games to expect beforehand, or do you prefer the surprise additions? Let us know down below.