The tests were performed in a controlled air conditioned room with temperatures maintained at a constant 23c – a comfortable environment for the majority of people reading this.Idle temperatures were measured after sitting at the desktop for 30 minutes. Load measurements were acquired by playing Tomb Raider 2014 for 60 minutes and measuring the peak temperature. 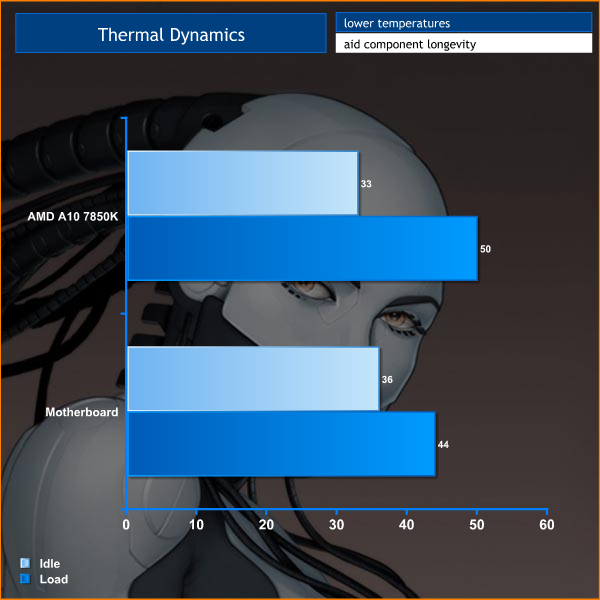 The system is relatively cool running at all times, even under extended load.