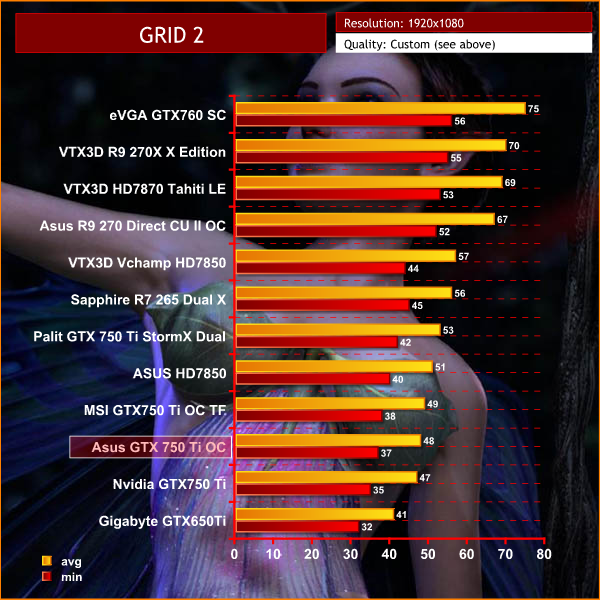 GRID 2 runs well at these settings, averaging over 70 frames per second at 1600p.