Home / Software & Gaming / Apps / Faces in a crowd? Face recognition app can tell you who they are

Faces in a crowd? Face recognition app can tell you who they are

Image analysis has come on a long way in recent years, offering us everything from interesting analytics reports to face swapping, but an amalgamation of those two developments has some privacy campaigners concerned. A new app becoming very popular in Russia, known as FindFace, can figure out who someone is just based on a photo of them.

Launched just two months ago in the Eastern nation, FindFace has already amassed over half a million users, who have in turn used it for more than three million searches. The app works by comparing a photo of you to ones on Russian social media site Vdontakte, which has over 200 million users. It works over 70 per cent of the time.

Although constrained to Russia because of its use of the site for photo sources, the creators, Arten Kukharenko and Alexander Kabakov, see a future where the app goes global, using data from all sorts of social sources to provide an accurate identification of a person. Theoretically, as the Guardian points out, this technology could be used to identify specific people, or by police to find information on everyone taking part of a protest.

Although the sort of face tracking and searching that FindFace performs isn’t a particularly new technology, this is the first time that it has worked so quickly. Thanks to its back-end algorithm and ready access to profile images, it is able to make its searches in no time at all – making it much more useful than older variants. 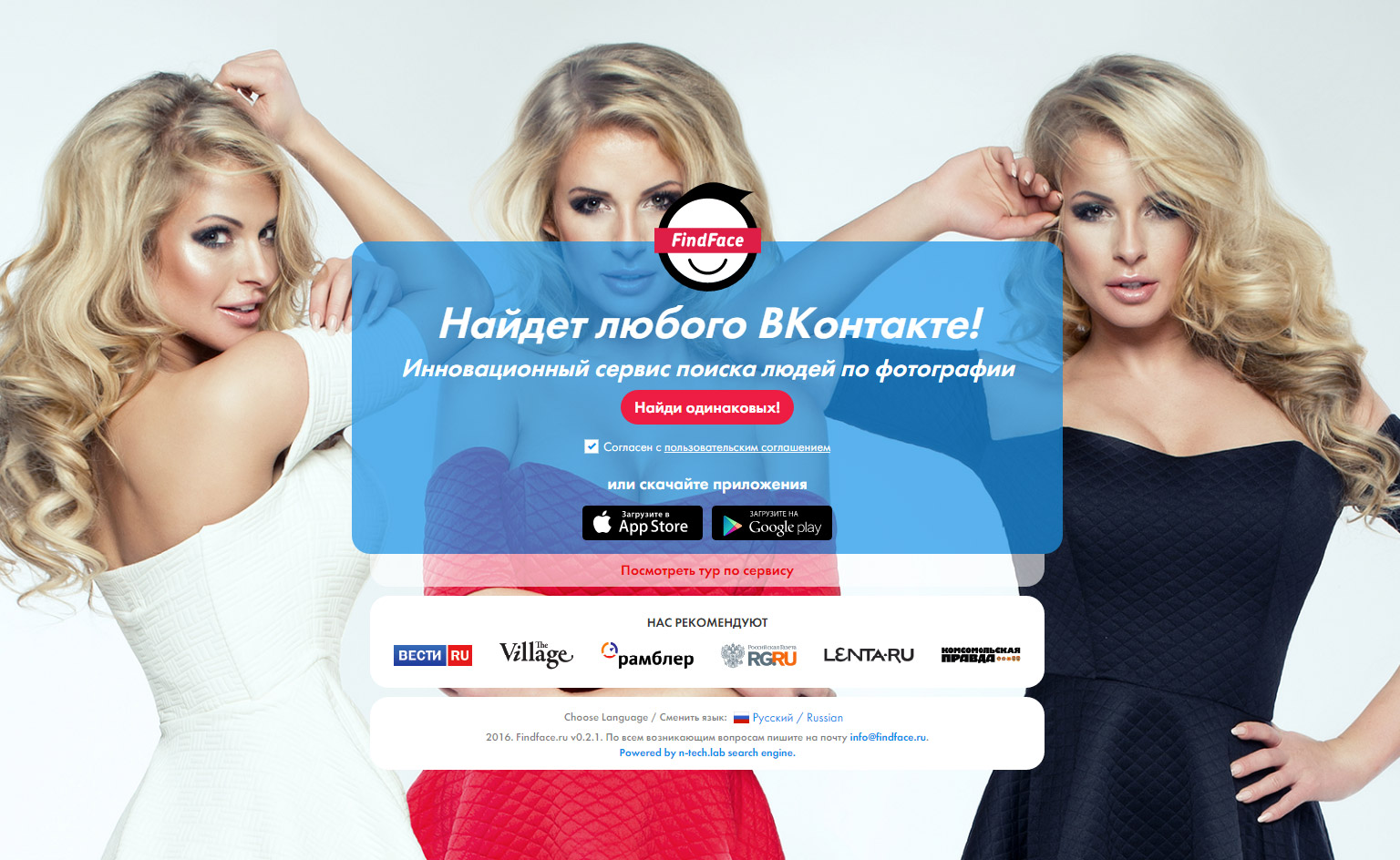 Findface’s target audience seems to be quite specific for now

“Three million searches in a database of nearly 1bn photographs: that’s hundreds of trillions of comparisons, and all on four normal servers. With this algorithm, you can search through a billion photographs in less than a second from a normal computer,” said Kabakov.

One future use that Kabakov sees for the app is in dating. If someone sees someone they like the look of while out and about, they could grab a picture of them and find out whether they’re single or married and can then potentially follow up on that chance meeting with a social network message.

Although the idea of sneaky photography may make a few people crinkle their brows, perhaps even less savoury is Kabakov’s idea of using pictures of celebrities or other attractive people and using them to search the database, turning up people who look similar instead.

KitGuru Says: Time to break out the facepaint and clown wigs people. Or at the very least make sure that your public profile picture is something other than your face.