The Binding of Isaac rejected from App Store due to violence

The Binding of Issac: Rebirth won't be coming to the iOS App Store it seems as the game has been rejected by Apple due to what the company perceives as violence towards children. This isn't the first time that this game has faced some trouble launching on a platform, having been initially blocked by Nintendo on the 3DS due to “questionable religious content”.

For those who aren't aware, The Binding of Issac is a game that sees you take control of Issac as you make your way through dungeons, finding items and power-ups to fight bosses. The final boss of the game is Issac's mother. 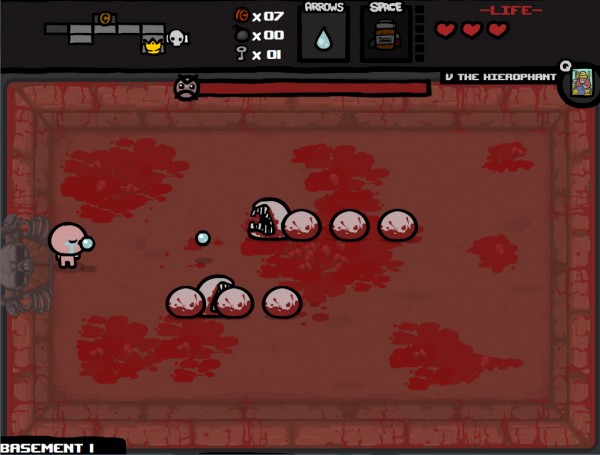 The game's producer, Tyrone Rodriguez tweeted out Apple's rejection notice over the weekend, which reads: “Your app contains content or features that depict violence towards, or abuse of, children, which is not allowed on the App Store”.

The Binding of Issac: Rebirth is currently available on plenty of platforms including the PC, 3DS, Wii U, Xbox One, PS4 and PlayStation Vita. A dedicated iOS version of the game had not been previously announced though the idea was being openly explored.

KitGuru Says: The story surrounding The Binding of Issac is pretty dark though a lot of people just play the game for the challenge aspect. It will be interesting to see if the development team can get around this setback or if Apple will continue to block its release on the App Store.