Adverts on websites – a lot of people love to block them. Just be careful of how you do that as it would appear that some adblockers are putting cookies into the web browser of millions of users so they can gather ‘affiliate income' from referral schemes.

This is one major issue with browser extensions – you are giving them access to your browser experience in the hope that they actually deliver what they say they will, without abusing the access they get. This is not always the case, and Google can sometimes take some time to get them taken down.

Researchers at Adguard have caught two dodgy Chrome extensions using the names of two real and very popular ad blocking extensions to trick people into downloading them. uBlock by Charlie Lee, over 850,000 users and AdBlock by AdBlock Inc, over 800,000 users. These extensions work by removing ads from web pages a user visits, but researchers have caught these fake extensions performing ‘Cookie Stuffing' – a fraud scheme to generate revenue for the developers. 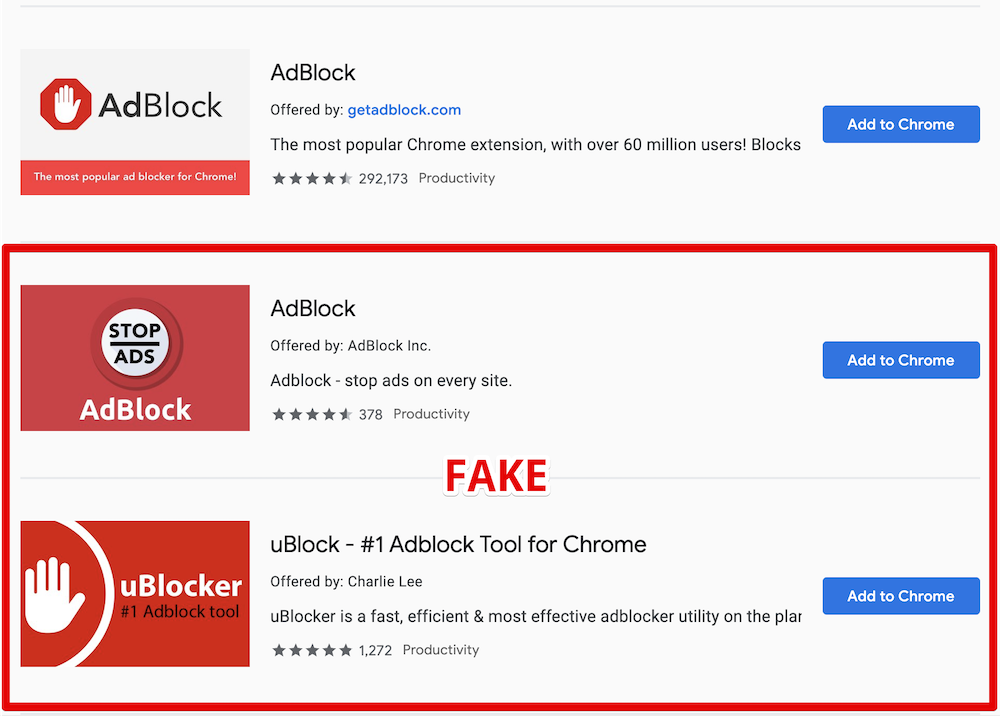 The researchers found that the extensions have been sending out a request to a URL for each new domain users visited after being installed for 55 hours – so they could get affiliate links from the sites the users visited. Adguard say ‘This new response contains a list of commands for the extension to execute. After that the extensions' behavior changes, and they start doing a few more things besides ad blocking.'

The blame has to fall on Google, as they failed to remove these fake extensions quickly. They have received many reports about the software. But how serious is this and how much money have the extension developers been able to make ?

Adguard detail the level of fraud:

If you want detailed technical data on how this all works, then head to Adguard HERE

KitGuru says: Be safe and be sure you are installing the correct extensions as Google don't seem to have a great system for protecting the end user. Also be sure to read our post on how to support KitGuru and why you should and how you can whitelist us HERE