After the cancellation of upcoming games like Scalebound and Fable Legends, the Xbox library is starting to look a bit thin. However, Microsoft will be looking to turn that around at E3 this year. Today Microsoft officially announced and dated its 2017 E3 press conference, teasing a proper Scorpio console reveal.

Microsoft’s E3 2017 conference will be taking place on Sunday the 11th of June at 2PM Pacific Time, which would be about 10PM here in the UK for those wanting to watch it live. 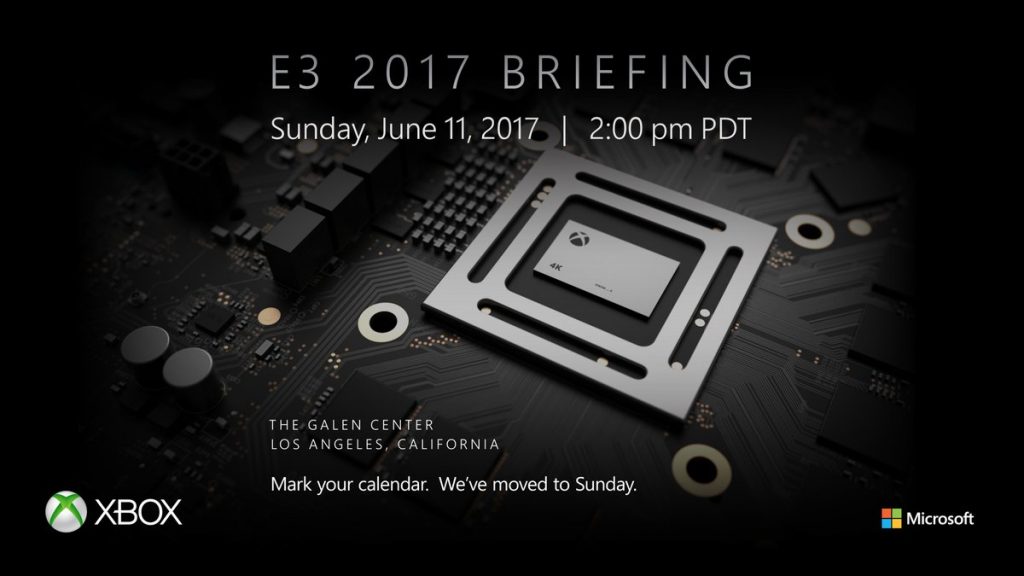 While Microsoft isn’t pitching us ‘the greatest lineup in Xbox history‘ like it did back in 2015, the Xbox Twitter account has said to ‘brace for big news’, accompanied by a picture of the Xbox Scorpio chip, indicating that we will finally see more of the console prior to its launch in the holiday season.

Much of Project Scorpio is still a mystery to us, though some specification information did leak out a couple of weeks ago. Aside from that, Microsoft will hopefully be bringing more news on Rare’s Sea of Thieves and Crackdown 3. Perhaps we will even get some new IP announcements, which would go a long way at this point.

KitGuru Says: Microsoft’s lineup isn’t looking great for 2017 so the Xbox team will need to make a big splash at E3 this year. Hopefully there will be a few game launches reserved for when Scorpio hits.