Earlier today, Sony kicked off the PlayStation VR Spotlight event, which will involve new VR game announcements and updates to existing PSVR titles over the next week. At this point with PS5 on the horizon, any time new game announcements are being made, there is going to be some next-gen console buzz. However, Sony warns not to expect any PS5 specific news this week.

Starting at 3PM BST today, the PS VR Spotlight has gone live, with one of the first announcements being that Minecraft for PS4 is getting VR support. Meanwhile, a bunch of the top rated PSVR games are also on sale this week too.

When it comes down to it though, this week's festivities are “all about the games” and to “manage expectations”, Sony has confirmed that “there'll be no PS5-related news”.

At this point, Sony has not announced its VR plans for PlayStation 5, but many expect there to be a next-gen headset eventually alongside a slew of console-bound, higher-end VR titles.

KitGuru Says: We won't be seeing any major PS5 game or console announcements this week, but perhaps Sony will have more to say on that front later in the month. 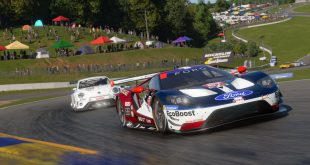