Earlier this year, a super rare prototype of Nintendo and Sony's collaboration console was found in what seemed like perfect condition and photos of it appeared online. Only 200 of these consoles were ever made, most of which were thrown out after the project fell apart.

Now for the first time, we've managed to actually see one working, as a father and son team coupled the surviving console carefully with a power supply to get it switched on. The console itself seems to work for the most part, aside from the CD-ROM drive. 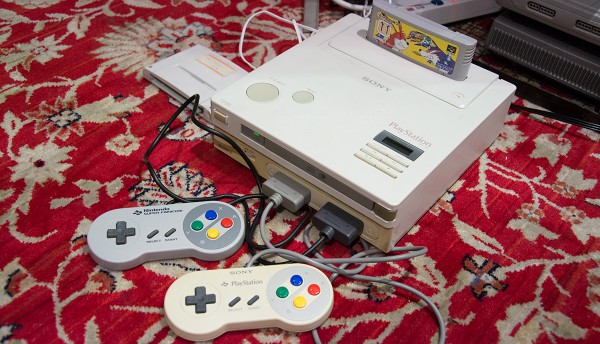 Attempts were made to fix the drive, which was set to be the biggest selling point for the console back when it was being planned out. However, while the drive is receiving power just fine, there appears to be something in the software stopping it from working as intended.

The console itself can't really do much, since it was only ever prototyped and never released. However, it is still cool to see a surviving relic of gaming history operating today, especially considering just how rare the Sony/Nintendo Super Disc is.

KitGuru Says: This was a pretty big discovery a few months back but it is even bigger to see the console working properly, aside from the CD drive, which may have been disabled via software before throwing out the prototypes. Are any of you retro console or game collectors? Do you have anything particularly rare?