Lockheed and Boeing to build re-usable rocket too

When a new piece of hardware is introduced to a market that shakes things up, it's often termed disruptive. Elon Musk is himself, a disruptor of many industries, helping push the world towards electric cars, high-speed maglev hyperloop travel and indeed, cheaper and more efficient space transits. So much so in fact, that aerospace giants Lockheed Martin and Boeing have announced that their joint venture, United Launch Alliance (ULA) will also be working on a re-usable rocket.

As it stands, rocket launches are unbelievably expensive, but that's not because of the fuel burned, or the salaries for the staff involved in its development, but in the actual materials and construction of the rockets themselves. This is only the case though because after shooting a minuscule payload into an orbital trajectory, most rockets entirely burn up on re-entry or crash into the ocean, destroying their often tens or even hundreds of millions of dollars of net worth in a second.

That's why Space-X's reusable rocket has been so disruptive, as it has the potential to cut development costs by enormous margins; so ULA is now looking to put together something similar. It's planned rocket is called the Vulcan, will be entirely re-usable and will be more powerful than current generations of the Atlas V and Delta IV Heavy. 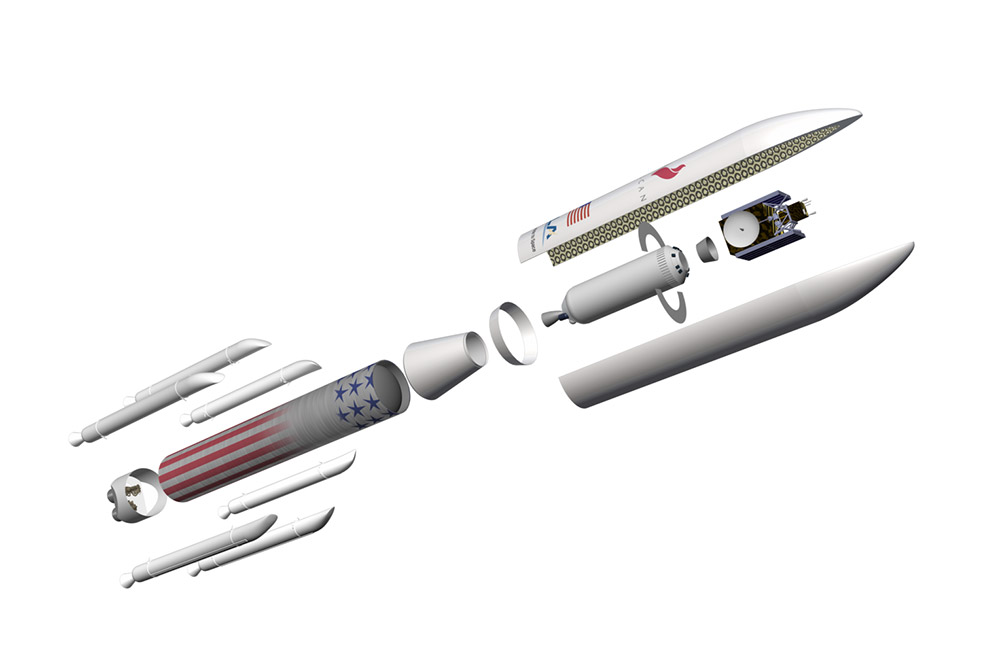 Pretty sure I've used all these in KSP. Source: ULA

Perhaps more importantly though, it will also have entirely American made engines. Current ULA launches utilise Russian made engines, something that Musk has used as leverage to criticise the joint venture, suggesting that worsening relationships between the USA and Russia could make acquiring the necessary hardware for future missions difficult.

While the Vulcan isn't set to be launch ready until 2019 and Space X's Falcon 9 has already been launched several times, the latter still isn't reusable as has failed (albeit by small margins) to effectively land on its recovery barge to date. Its recent mid-flight explosion also sent it back to the drawing board until 2016.

As MotleyFool points out though, the best news here is for taxpayers, as the competition in NASA contracts will make both the ULA and Space X operate within tighter margins, making for a better deal for those funding either or both of them.

KitGuru Says: Reusable space hardware will be the key for space tourism over the next hundred years. I have my fingers crossed. Although it will likely always be expensive in my lifetime, I want a chance to experience the overview effect one day.