Over the last few days, Sony and GAME have been selling off what is left of the 20th anniversary edition PS4 consoles in the UK. In order to ensure that only fans could apply to buy one, a website was put in place, showcasing a number of video game characters. Sony would then tweet out clues at a predetermined time each day, giving fans the chance to guess the correct character, the first 100 to do so would then be able to buy a new PS4.

However, with social networking being what it is, many started spreading the answers around, leading to thousands of people attempting to win a chance to purchase an anniversary edition console within minutes. As you can imagine, this frustrated many people, including software engineer, Dean Wild, who went on to devise a way to cheat the unfair system.

Dean published an exploit that allowed anyone access to the forum on GAME's website, bypassing the clues on Twitter. He published this because he saw the competition as “a complete scandal with people cheating and sharing the links on forums and Twitter”. 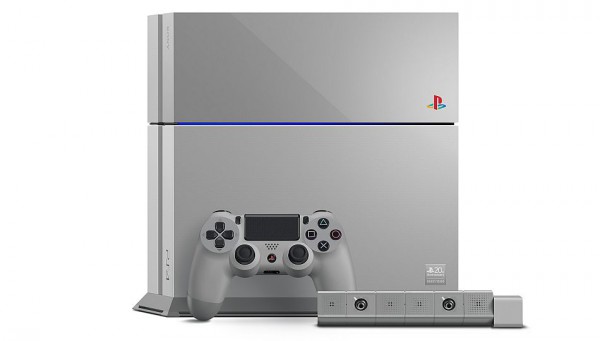 The exploit was still working this morning, which led GAME to announce that it would not be accepting forms filled out before the clues went live on Twitter. Sony then weighed in with its own statement, speaking to Eurogamer a company spokesperson said:

“Following feedback from the PlayStation UK community we would like to remind everybody that the daily link for this activity won’t be live until seconds before the clue is announced on twitter.com/PlayStationUK.”

“Unfortunately we are now aware of some users attempting to run programmes to reveal the URL early and give themselves an unfair advantage. Users we identify as using these tactics will be disqualified from the process and will continue to be. Since reports of this behavior surfaced we have been adding additional encryption and will continue to do so in advance of the final clue tomorrow.”

Tomorrow is the last day that these consoles will be available in the UK, unless you feel like shelling out thousands for one on eBay.

KitGuru Says: Unfortunately, many of Sony UK's plans for the 20th anniversary edition console sales have gone a bit wrong. Many consoles have ended up on eBay, fetching thousands of pounds and now this ‘competition' of sorts has been heavily exploited. Unfortunately, after tomorrow it is going to be really difficult to get your hands on one of these consoles outside of eBay. Did any of you guys try and grab an Anniversary Edition console?