The PS4 Pro launches in November, specs and price confirmed

We have been hearing about the codenamed PS4 Neo since as far back as March of this year but today, Sony made the console official. The original PS4 will now be repackaged and sold as a cheaper slim model, meanwhile, the PS4 Pro will enter the scene, offering a twice as powerful GPU based on the AMD Polaris architecture, a higher clocked CPU, a 1TB HDD and plenty of support for 4K and HDR content.

The PS4 Pro will launch on the 10th of November for $399/£349, the same price as the original PS4 at launch. We didn't get any super in-depth information on the hardware outside of what we already listed but according to Sony, this should handle higher-resolutions in games. 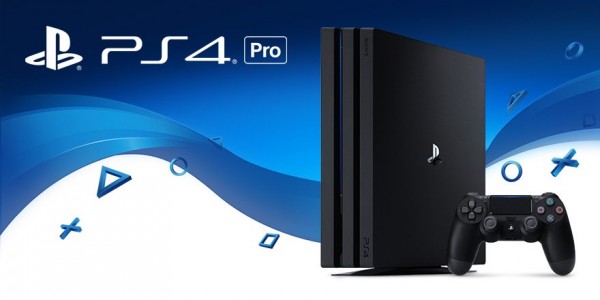 Sony's messaging was a tad mixed, often interchanging the words 4K and higher-fidelity depending on the game, so it isn't clear if every game shown off today will run at 4K on the PS4 Pro. That said, we did get to see more footage of Insomniac's Spiderman game, Watch Dogs 2, Horizon: Zero Dawn, For Honour and even Mass Effect: Andromeda.

A forward compatibility system is also being put into place for the PS4 Pro, which will allow developers to easily patch existing games to support the PS4 Pro hardware. Right now around a dozen games are said to be getting the upgrade this year, but those weren't all specifically listed. However, Call of Duty: Black Ops III and Shadow of Mordor are confirmed.

The real kicker here is VR, with Sony saying that some games will be able to render twice the amount of pixels when running on PS4 Pro, which will make a significant difference in perceived fidelity while wearing the headset. Unfortunately though, the presentation didn't go more in-depth than that.

Some last-minute features include 4K streaming support on YouTube and Netflix, though the system does lack a 4K Blu-Ray player. The original PS4 will also be getting HDR support as part of a firmware update this year.

KitGuru Says: Honestly, Sony's PS4 Pro presentation was tough to sit through. Sony's message didn't come across very well and there are still a lot of unanswered questions. Hopefully now that things are out in the open, Sony can start answering questions and clearing things up as we get closer to the November launch date.