Back in January at a Windows 10 event, Microsoft revealed that thanks to the new Xbox App, users would be able to stream their Xbox One games to a PC. However, for now, it is not possible for gamers to stream their PCs to an Xbox One , though that feature is currently being worked on.

This news comes just a few days after we learned that the Xbox One would soon support both keyboard and mouse input. Speaking with The Verge, Microsoft's head of gaming, Phil Spencer, said: “We understand if you're going to go PC to Xbox, we need to get keyboard and mouse working completely so you could play those games. In terms of where we want to go with our platform, those are absolutely in scope of things that we want to do.” 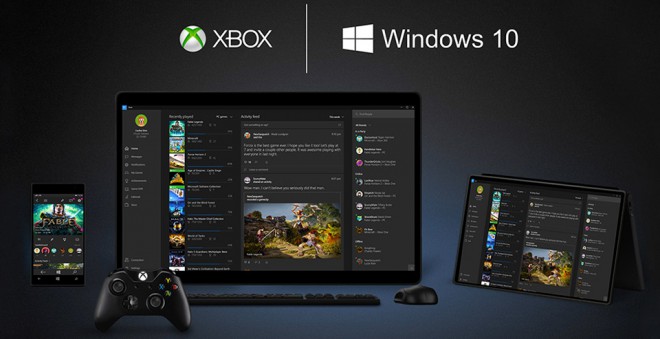 The trick to streaming from PC to Xbox appears to be in the encoding. Getting the feature to work from Xbox to PC was easy as the console uses the same hardware in every box, while PCs have a hugely wide range of possible hardware setups and individual capabilities.

“Gamers want to play games on the device that they want to play on. They want to play with their friends and they progress whenever they sit down. Because of that, the roadmap and our focus on what's going on, Windows is incredibly strong.”

It seems the Xbox app will become a big focus for Microsoft in the future as it tries to tie Xbox and PC gaming closer together.

KitGuru Says: A lot of other companies have been focussing on streaming PC games to a living room box for some time now so it can be done. It also sounds like Microsoft is planning on supporting keyboard and mouse in Xbox games, which would be an interesting turn, though I imagine there would be some restrictions due to multiplayer advantages in certain games, like shooters.