In response to last week’s controversial move to the Epic Store, an anonymous developer from 4A Games stated that boycotting Metro Exodus could mean the series wouldn’t return to PC in the future. Koch Media’s video game publisher Deep Silver has issued a statement reassuring fans that this is not the view that the company holds, and it is solely responsible for the decisions moving forward.

The unknown developer went by the name of ‘scynet' on Russian site Gameru.net (via Eurogamer), initially acknowledging that the mandatory download of the Epic Launcher “could cause some inconvenience,” therefore leaving players unhappy. “On the other hand,” the post continued, the backlash is “hardly adequate.”

“It seems that people did not want to play and just waited for a reason to pour out their bile,” reads the statement. “If all the PC players announce a boycott of Metro, then the next Metro, if it does happen, is definitely not on the PC.”

This caused quite the stir with fans who were already riled up about the sudden move, with many ‘review bombing’ Metro 2033 Redux and Metro: Last Light Redux in protest. Review bombing is the practice of mass negative reviews in a short space of time, often motivated by socio-political reasons more than gameplay. 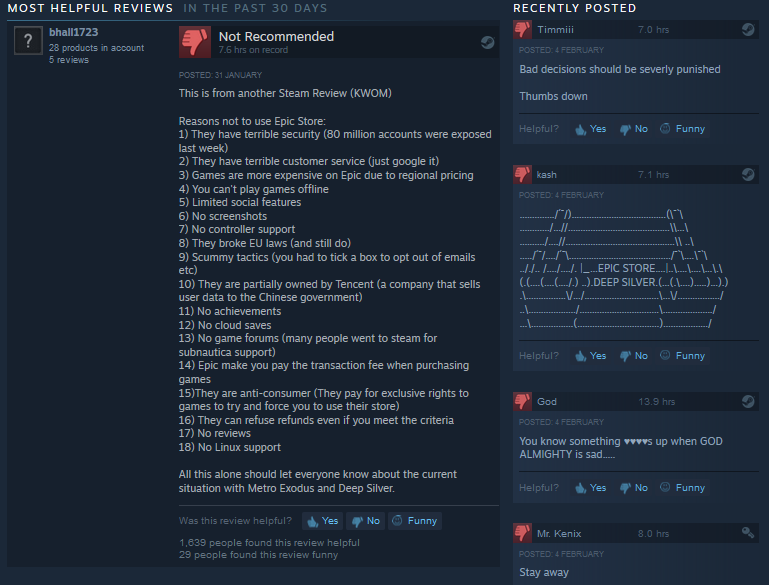 Deep Silver has since spoken out about the debacle in an attempt to reassure PC fans that might have felt Exodus was to be the last Metro game on the platform. “The recent decision to move Metro Exodus from Steam to the Epic Game Store was made by Koch Media / Deep Silver alone,” reads the TwitLonger post.

“The recent comments made by a member of the 4A Games development team do not reflect Deep Silver’s or 4A Games’ view on the future of the franchise. They do reflect the hurt and disappointment of a passionate individual who has seen what was previously nothing but positive goodwill towards his work turn to controversy due to a business decision he had no control over. We respectfully ask that any and all valid feedback over this decision is directed at Koch Media / Deep Silver, and not the developers at 4A Games.

“The future release strategy of the Metro series lies with Koch Media / Deep Silver. Our decision to partner with Epic Games was based on the goal of investing in the future of the series and our development partner at 4A Games. We have every intention of continuing this franchise, and a PC version will always be at the heart of our plans,” concludes the company. 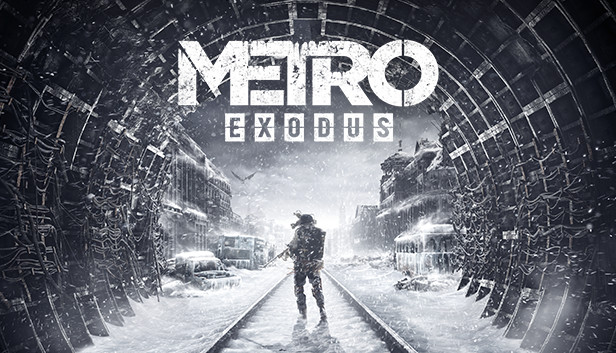 Valve has agreed with the strong reaction presented by fans, calling the move “unfair to Steam customers” despite the promise of fulfilling pre-orders on the platform. Koch Media’s parent company THQ Nordic initially seemed to agree by stating that it wants “players choose the platform of their liking and make our portfolio available to as many outlets as possible.”

THQ Nordic boss Lars Wingefors has since changed his stance, distancing the company by stating he “fully supports our sub-groups' autonomy to run their respective businesses” and “believes it's in the group's, and ultimately the consumers', best interest that business decisions are made close to the market and this is the group's consistent business model.”

“I firmly believe that Deep Silver and Koch Media have carefully considered the advantages and disadvantages, opportunities and risks in their decision to go solely with Epic Games Store. The decision has my full support.”

KitGuru Says: It’s a shame to see what is likely to be another renowned video game in the Metro series get bogged down with logistics. It’s unlikely that we’ve seen the last of this kind of deal, especially given that the Epic Store is still in its infancy.