While Y2K ultimately wasn’t a problem at the turn of the century, moving from one year to the next hasn’t done the world of good for Fallout 76. Initially, players thought the newfound inability to launch nuclear arms was related to an in-game event for the holidays, but Bethesda has since gone on record to state that the issue was due to a bug.

Once a nuclear silo has been used for the week, it often remains closed until the following Monday, where new launch codes are distributed and players hunt to re-use the deadly devices. Once 2019 hit on Monday 1st January, players noted that scorched enemies necessary for collecting launch code fragments weren’t spawning and silos were instead locked with an insane 9,999-hour countdown. 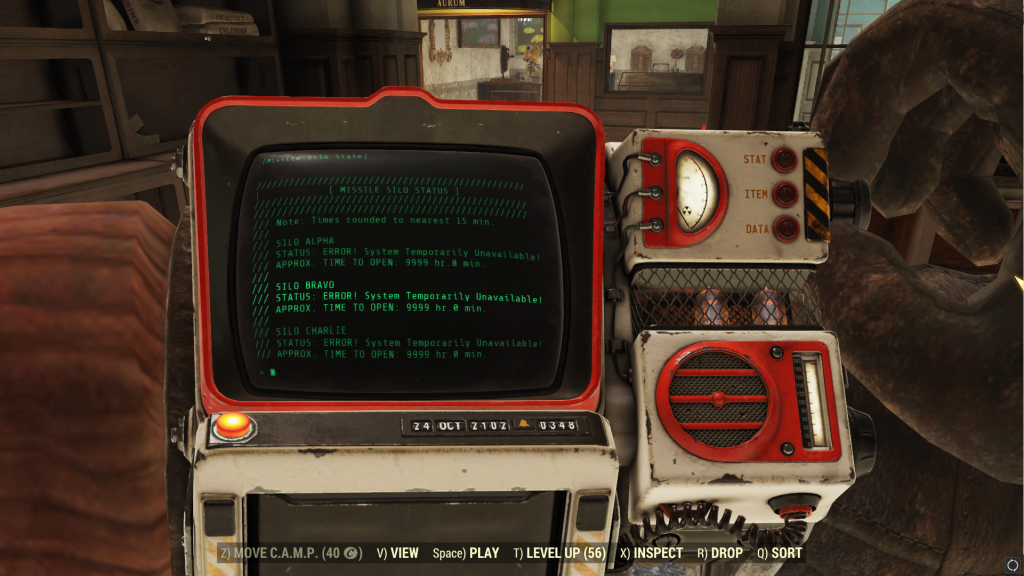 Nuclear silos are primary end-game content and one of the only thing still keeping players around after two months of release, resulting in the assumption that Bethesda had something in store for players on New Year’s Day. Sadly, it wasn’t a feature and is instead a bug that Bethesda confirmed it was handling as soon as possible.

This is incredibly reminiscent with Y2K, an event at the turn of the century that many believed would cause major issues with the formatting and storage of calendar data, potentially disrupting many electronic devices. “Y2K19” as many believe it to be across social media, is instead speculated to be a problem with the in-game timers that were botched as we changed over from 2018.

KitGuru Says: After a controversial road to release, met with mixed to negative reception across the board, this is the last thing that Fallout 76 needed at the start of the year. Were you caught out by the bug, or did you find something else to do in Bethesda’s latest post-apocalyptic RPG?