Microsoft’s Inside Xbox event is scheduled for tomorrow, where many expect to finally see the company’s all-digital Xbox One S with no optical drive. As usual, a leak from a European retailer has seemingly beat Microsoft to the punch, reaffirming the rumoured price point and release date.

The Xbox One S already has a great starting price of £229, with the inclusion of its built-in UHD Blu-Ray player allowing users to immerse themselves in 4K film and television. Despite this, most eyes have been on the horizon for a supposedly cheaper disc-less variant since last year’s rumours. US box art appeared last month, with the 1TB version teasing free copies of Minecraft, Sea of Thieves and Forza Horizon 3 alongside a May 7th release date. 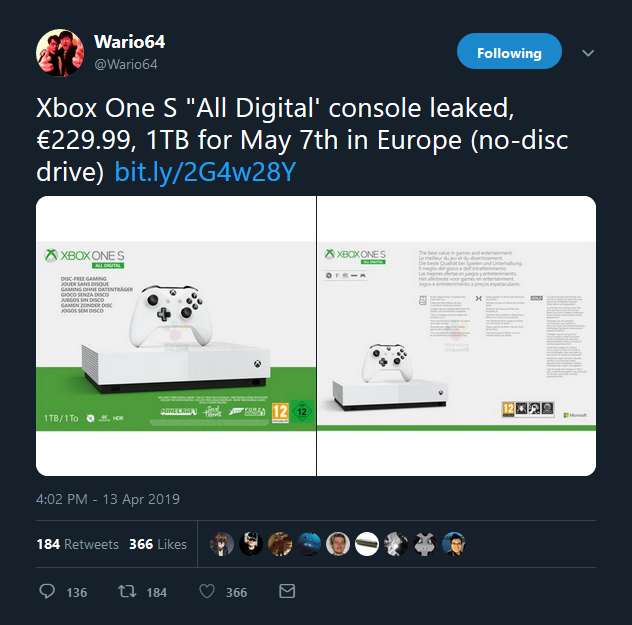 A new leak from the relatively reliable Wario64 corroborates the same release date in European territories, packed with the same potentially pre-installed games. The 1TB model is said to be priced at €229.99, but it remains to be seen whether this is the only all-digital model that Microsoft has in store. Unfortunately, German website WinFuture.de is throwing around whispers of an even higher price point, reaching as much as €250/$250.

Microsoft is believed to double-down on its Xbox Game Pass, possibly presenting a free trial with its new console version and potentially offering the subscription in a bundle with Xbox Live. There are also a number of rumours suggesting that the company is planning a “disc-to-digital” campaign, where owners of physical copies can trade them in for a digital download instead. 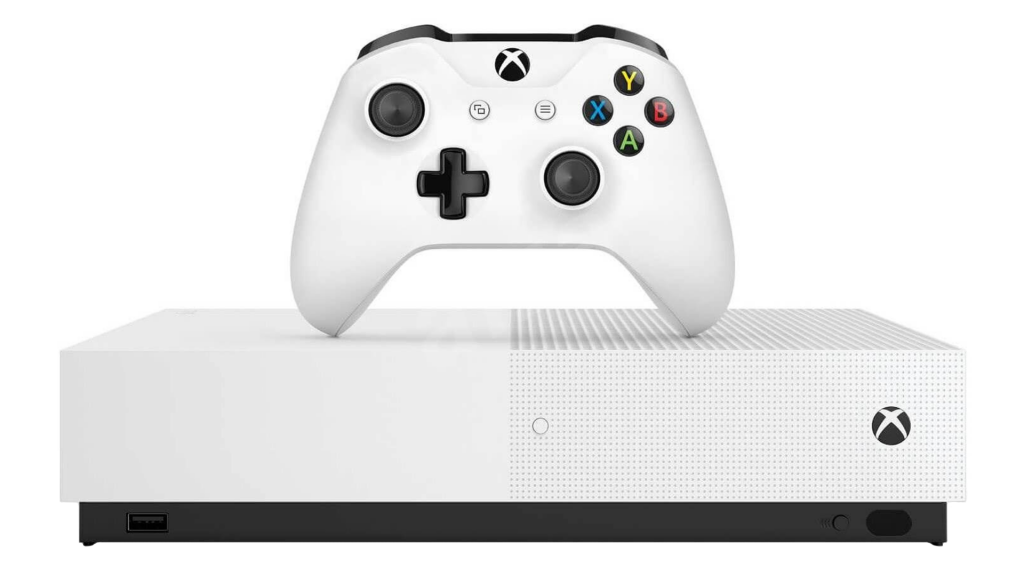 It’s advised that all of this should be taken with a pinch of salt until Microsoft unveils its much-rumoured digital replacement. Hopefully we will find out official information as soon as tomorrow, when Inside Xbox airs its next episode on April 16.

KitGuru Says: It’s quite late in the day for Microsoft to be playing about with a new Xbox One variant when its next-generation consoles are just around the corner. I also question the rumoured price point when the current Xbox One S comes for a similar price bundled with the latest games on its official store and significantly cheaper on third-party retailers like Amazon.