It’s a little late in the day for Microsoft to be thinking of revisions given that a pair of next-generation consoles are reportedly on the horizon, but that hasn’t stopped the company from capping off its 2018 by receiving the go-ahead on two controller patents. Despite the imagery showcasing the familiar Xbox One controller, it’s possible that this is our first indication of what to expect in Anaconda and Lockhart.

The patents were filed way back in June 2017, credited to inventors Aaron Schmitz, Gabriel Michael Rask Gassoway and one patent adding in Jonathan Shea Robinson. As usual for a technological patent, the filing is filled with jargon and terminology suited to cover all legal stances but seems to primarily pertain to the triggers found on the back of the Xbox One controller and the accuracy of their mechanical tension. 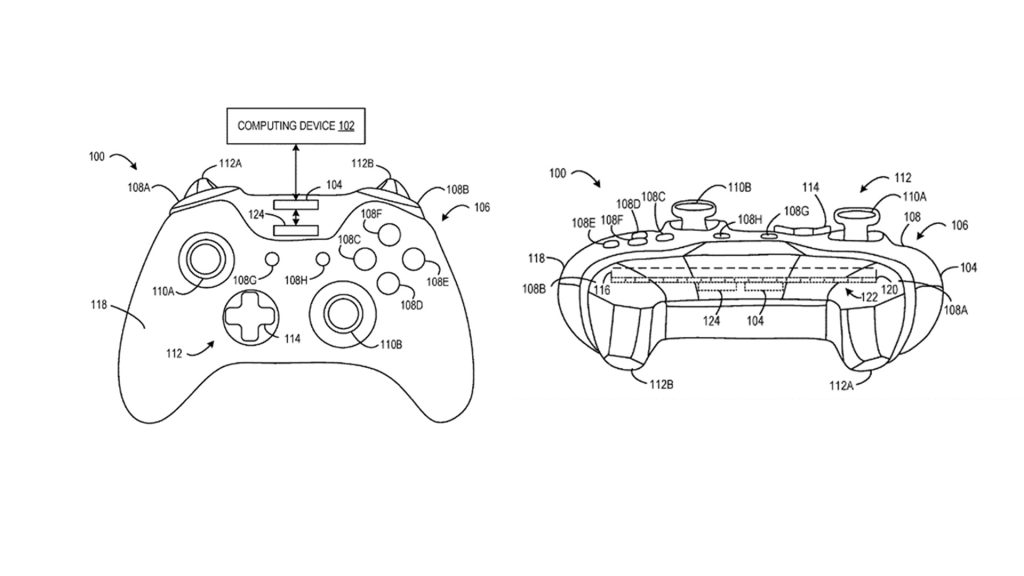 It seems likely that these new controller patents are laying the groundwork for what we will see in a next-gen Xbox controller. The Xbox One controller already made a number of improvements over the Xbox 360 controller- which is one of the most popular gamepads of all time. With that in mind, further improvements may well end up being under the hood, as this patent describes, rather than a complete design change.

KitGuru Says: Microsoft could just surprise everyone with the release of a new Xbox One controller but I can’t see enhanced triggers being enough to entice purchases, especially with next-gen consoles heavily expected in 2020. If Microsoft brought out a new controller this year, would you buy one?