Obsidian missed an opportunity with the Game of Thrones IP

George R.R. Martin’s A Song of Ice and Fire series has become a cultural phenomenon through the success the Game of Thrones television series, of course spawning many games from many developers since. Obsidian Entertainment, best known for its hit role-playing games, is unfortunately not among these developers, as the studio turned down the chance to work on a Game of Thrones RPG.

Being a huge fan of the books, the studio’s CEO, Feargus Urquhart was adamant that the series would benefit from a strategy game rather than what the developers were known for. After being known for such hits like Fallout: New Vegas, South Park: The Stick of Truth, Star Wars: Knights of the Old Republic and its own original series, Pillars of Eternity, it is easy to see the difficulties Obsidian was faced with when imagining Game of Thrones in a similar style. Urquhart explained this struggle to Eurogamer, saying:

“My feeling was, understanding the IP at the time, it's about this political intrigue, and people's connection to the IP is to all these characters – that's how the books are written, each chapter is a person and what's happening to them.”

EA approached Urquhart in 2005 regarding Obsidian's involvement in a Game of Thrones game, way before the television show was the giant we know it as today. By this point, George R.R. Martin’s fourth book, A Feast for Crows, was just making its way out and with it introduced many mystical elements the series has since become associated with. This was not always the case, however, to which Urquhart says added to the studio’s decision to pass on the opportunity.

“Other than what weird stuff is going on beyond The Wall, and the dragons, and some hint [of fantasy], there are no magic users, there are no clerics, no thieves. Basically there's dudes with swords and armour and a little bit of mysticism, but within the main land there's no goblins, no kobolds…” 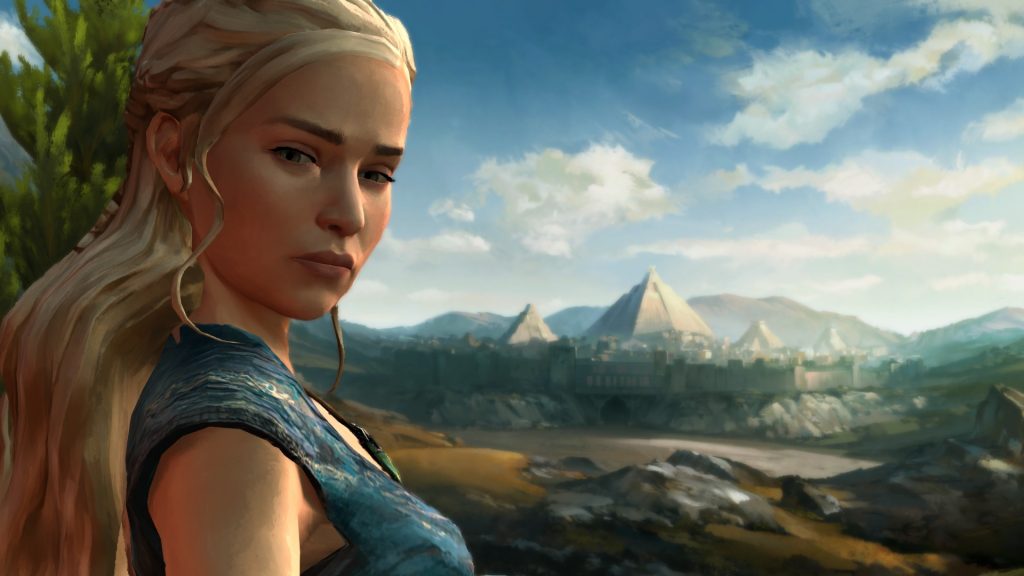 Obsidian’s VP of development Chris Parker weighs in on player perspective, stating “you can’t give the player a character they can play that is important in this world. All of the important characters are all clearly spelled out and you can't even really go have a conversation with them.”

Telltale took on the exact same problem by creating a smaller house in which was tacked on to the plot of the first book. The game did become a hit, enabling the studio to push ahead with a sequel but I must admit that this is my least favourite of the Telltale series to date for that exact reason.

The studio admits that there was perhaps more that it could have done, such as exploring narrative away from the thick of the book or the different periods throughout the extensive history similar to what “BioWare did with Knights of the Old Republic,” but ultimately Urquhart  felt that RTS games were just more “relevant” and that Game of Thrones “feels more like an RTS game due to “different factions and more political intrigue in there.”

KitGuru Says: While Obsidian's take on the Thrones series is a missed opportunity, we might just be getting one of the same calibre from Bethesda. Would you like to see Bethesda take on the series or would you prefer Obsidian to get another chance?