PUBG players will soon be able to select their map preference

Since the launch of PUBG’s second map, players have voiced their want for the choice between Miramar and original map Erangel. This want has only increased in recent weeks, as its third map is in testing but it looks like players won’t have to wait too much longer for the feature as map selection will soon be rolling out to the test servers.

Initially, while Codename: Savage is locked behind its pre-determined test periods, the option will offer players the ability to choose between Erangel or Miramar as their preference. Ticking them both results in a randomised selection, similar to the current matchmaking system. 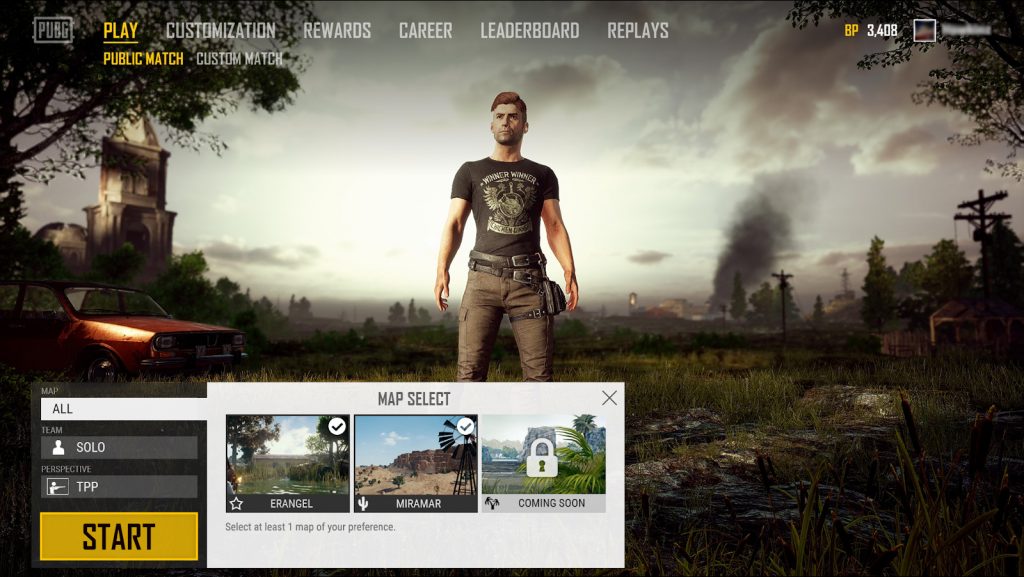 As PUBG Corp came to learn, player preference is a powerful thing. After taking a disliking to the open spaced deserts of Miramar, many players went to great lengths to remove the map from their rotation. With map selection, players will no longer have to delve into their game’s files to delete the map from their system, or utilise third-party software.

This feature has been missing since the launch of Miramar last December. PUBG Corp attributes the absence towards its concerns of matchmaking suffering through a fragmented player base, according to its blog update, but is pushing forward now that it believes matchmaking won’t be overly impacted.

KitGuru Says: It’s good that PUBG Corp and publisher Bluehole are still keeping their ears to the ground and listening to fan wants. So long as the developer itself crafts interesting maps that play well, it won't affect matchmaking too harshly. What map is your preference? Do you like it being randomised or would you solely play one over the other?

Previous Win and review a Sapphire Pulse Radeon RX 580 8G Graphics Card! (closed)
Next Oculus will adjust its Terms of Service and add a ‘privacy centre’ to comply with GDPR