Rainbow Six Siege has gone through quite the evolution since its December, 2015 release date, implementing a zero tolerance cheating policy, two-factor authentication and finally tackling boosters with a 15-day ban by association. Unfortunately, this system is far from perfect and could potentially harm the longevity of the game.

On January 23, 2019, I received my first ban in Rainbow Six Siege for supposedly being boosted by a cheater. This means that somewhere down the line, I have played a game alongside a cheater that has been caught by Ubisoft via anti-cheat systems such as BattlEye or FairFight and I’m being punished by proxy as it is assumed that I’ve knowingly endorsed this hacker or I’m abusing the system to climb the ranks.

Conditions of this type of ban haven’t been made clear, whether you have to actively be inside the same lobby as a cheater, or if you can be caught via matchmaking with random people on your team who might be utilising illicit software. What is clear, to me at least, is that I did not knowingly queue with a cheater. I could give you plenty of reasons as to why I’m not the kind of person that would cheat or approve of boosting, but this isn’t about me. This is about how Ubisoft’s relentless zero tolerance policy contains implications that could drive away long-term players that have supported the game for years. 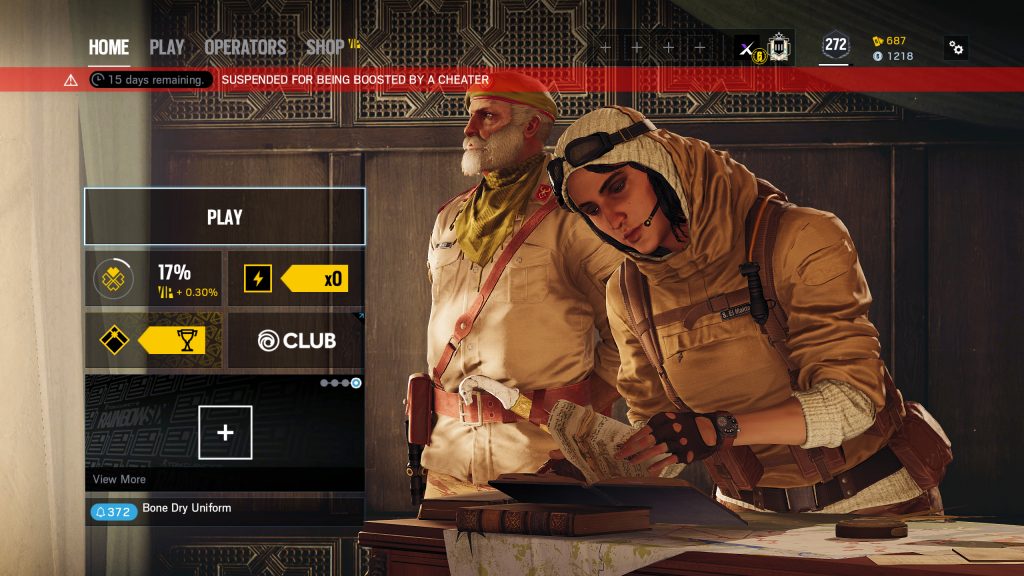 It seems as though I am not alone in experiencing a false positive suspension. While I cannot verify these claims, multiple incidents similar to my own can be found across Reddit and Ubisoft's forums. Some of which were even caught in the same wave as myself. In particular, Redditor xDan_the_Manx explains that he was the only one within his selective group to receive a ban, and was subsequently informed that this was due to a sudden boost in MMR/ELO triggering Ubisoft's automated system.

Ubisoft Support makes it even more difficult to identify exactly what went wrong, as “the community team do not see this information.” Instead, affected players are met with a rather formulaic response that virtually copies and pastes items from the code of conduct and continues to accuse the player rather than investigate. This is understandable, as cheaters would lie and waste Ubisoft’s time if they thought they could get their account back sooner, but it does pose a number of problems beyond someone having to wrongfully wait 15 days.

If the problem lies with automation, which wouldn't be the first time for Rainbow Six Siege, then this is Ubisoft actively failing its player base in an effort to combat the larger problem of cheaters. The ends might arguably justify the means, but it's a dangerous way to run a games-as-a-service title that plans to run for years to come. Alternatively, I could very well have unsuspectingly played with a cheater and have been left bewildered as to who it might be. This is similarly destructive at a time when secondary and tertiary accounts are in abundance, meaning it'd be easy for the alleged cheater to simply move to other profiles as if it were the norm. 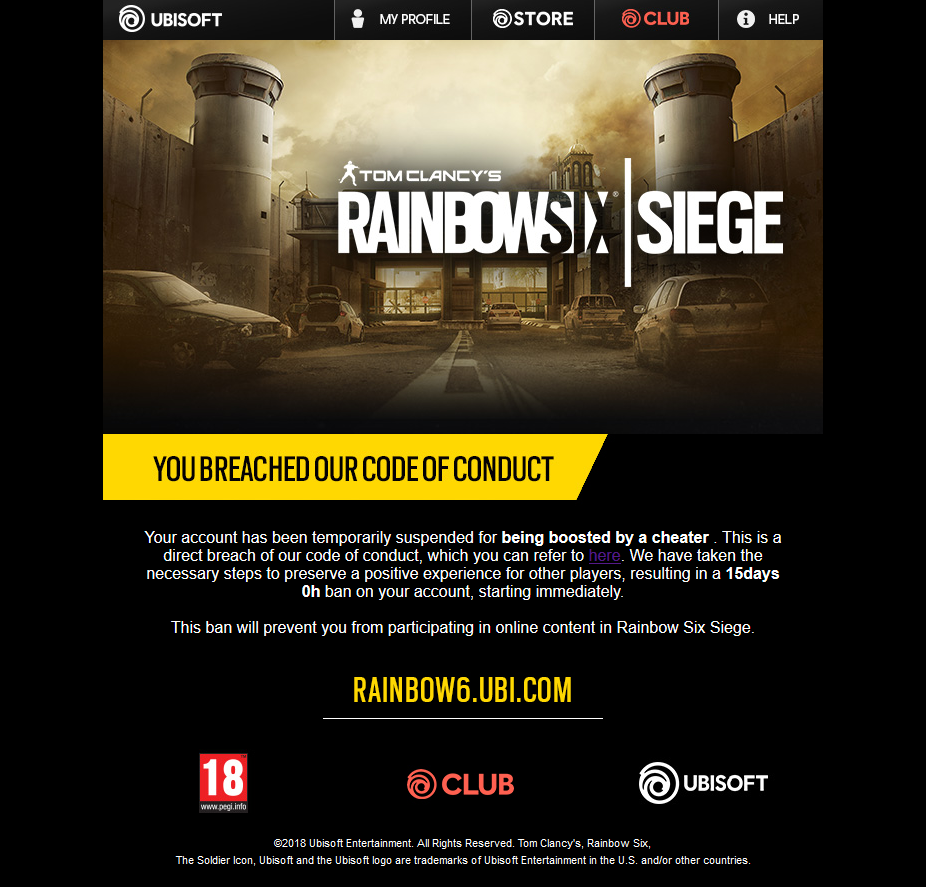 While I would personally like Ubisoft and the Rainbow Six Siege development team to further clarify the conditions that leads to a temporary ban, I understand that keeping it under wraps makes it harder for cheaters to dupe the system. Instead, I would ask the developer to review its automated practices and provide assurance for innocent players that do get wrongfully caught in the system.

Instead of giving those affected the ultimatum of facing a permanent ban after three strikes, scrutinising every person in their Siege circle or dropping the game entirely, the name of the cheating account should be made available. Normally, I wouldn’t advocate for the release of personal information of any kind, but BattlEye already names and shames cheaters publicly during ban waves.

It’s difficult to tell just how widespread this issue is, and therefore it’s undoubtedly very low on Ubisoft’s to-do list if it’s on there at all. We will update this story should Ubisoft officially comment on the matter.

KitGuru Says: It’s easy to remain sceptical when claims of innocence crop up until you’re subject to the very same mistake. Honestly, as betrayed as I feel by Ubisoft’s current system, the worst thing about it is easily the paranoia that someone I know could be cheating without my knowledge.