Red Dead Redemption 2 will be coming to PC on 5th November, prior to that, Rockstar Games has revealed the system requirements for the PC version, with pre-orders now being taken on the Rockstar Games launcher.

After the surprise announcement last week that Red Dead Redemption 2 will be coming to PC sooner than some might have thought, Rockstar Games has now announced the minimum and recommended systems that will be required to play the game on PC. Not long after that, the pre-order system went live on the Rockstar Games Launcher.

Red Dead Redemption 2 will require an Intel Core i5-2500K or AMD FX-6300 CPU to run the game as a minimum, with the recommended CPU to be either an Intel Core i7-4770k or AMD Ryzen 5 1500X. Rockstar has recommended either an Nvidia GeForce GTX 1060 6GB or an AMD Radeon RX 480 4GB GPU, which means you will not need the most high end, up to date PC to enjoy the game with a decent frame rate.

However, to install the game will require plenty of storage capacity. Rockstar has specified a total installation space requirement of 150 GB. While this is not quite as much as the new Call of Duty: Modern Warfare, 150 GB is still a hefty amount of space for a game installation, which may mean some gamers will have to uninstall other software for Red dead Redemption 2 to fit on their SSD drives. 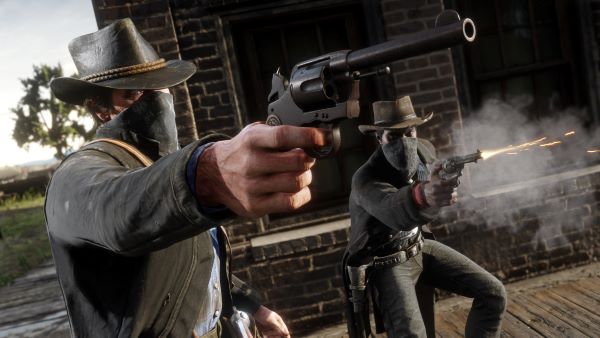 Along with announcing the system requirements, Rockstar has also made the game available for pre-order on PC, via their online purchasing system. This can be done by downloading the Rockstar Games Launcher where the game can be pre-ordered from.

For anyone pre-ordering before 22nd October, Rockstar is offering two free titles from a selection of their other games, plus exclusive bonuses and a free upgrade to Premium Editions of Red Dead Redemption 2, with the Special Edition and Ultimate Edition both discounted by £15 and £10 respectively.

For a full rundown of pre-order bonuses and free games, check out the official Rockstar announcement on their website, where you will also find links to download the Rockstar Game Launcher to pre-order the game.

KitGuru says: With pre-orders including offers of free content and special bonuses going live, the hype is building for Red dead redemption 2 on PC. have any of you guys pre-ordered yet?