During GDC, AMD announced FSR 2.0, promising significant upgrades in the upscaling technology. Now, we are just one day away from FSR 2.0 becoming available to gamers for the first time, and we also have our first look at some of the supported games that have been announced so far. 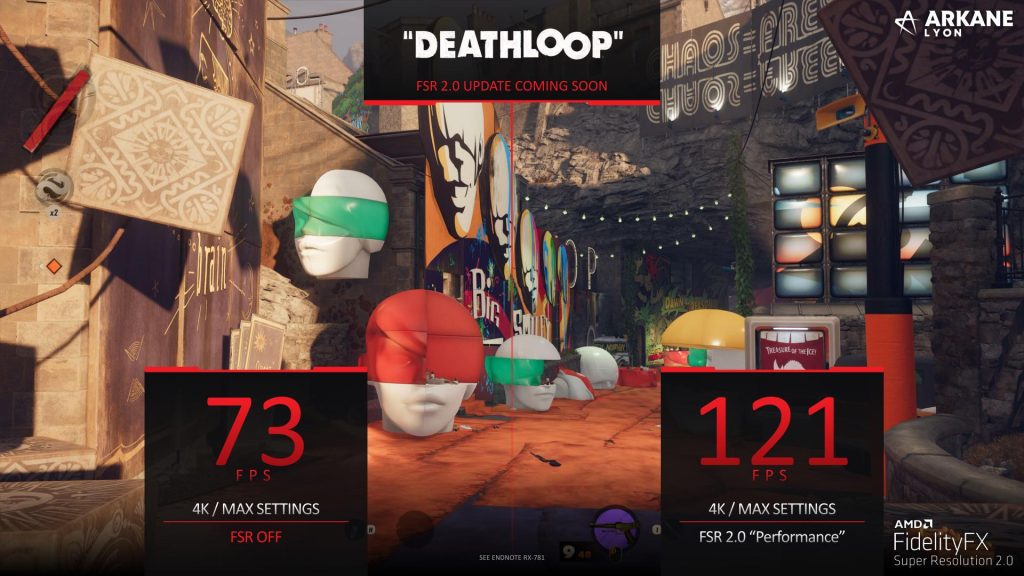 The list of games supporting FSR 2.0 will grow over time and thanks to some improvements AMD has made to FSR's implementation, it shouldn't take much development time to implement into major upcoming titles, particularly those that already support DLSS. The advantage you get with FSR is that unlike Nvidia's competing solution, FSR doesn't need any machine learning hardware, allowing you to run it even on pretty much any GPU from the last few generations.

Besides the FSR 2.0 announcement, AMD also presented a new Raise the Game bundle, available starting today. Anyone grabbing an eligible  RX 6000 Series GPU will also get digital copies of the new Saints Row and Sniper Elite 5. AMD will announce more games to be featured in the bundle at a later date.

KitGuru says: Do you own Deathloop on PC? Does your GPU support FSR 2.0? Will you be trying the new upscaling technology once it becomes available?