eFootball 2022 launched in a rough state, so rough that it quickly became the worst-rated game on Steam. Plagued with bugs, bad animations, deformed models and faces, eFootball 2022 is definitely in need of some care, so Konami will be releasing the first bug-fixing patch later this month.

Konami announced through Twitter that it's launching update 0.9.1 on October 28th. The update aims to address some of the major problems that have been reported so far. You can read the full statement below: 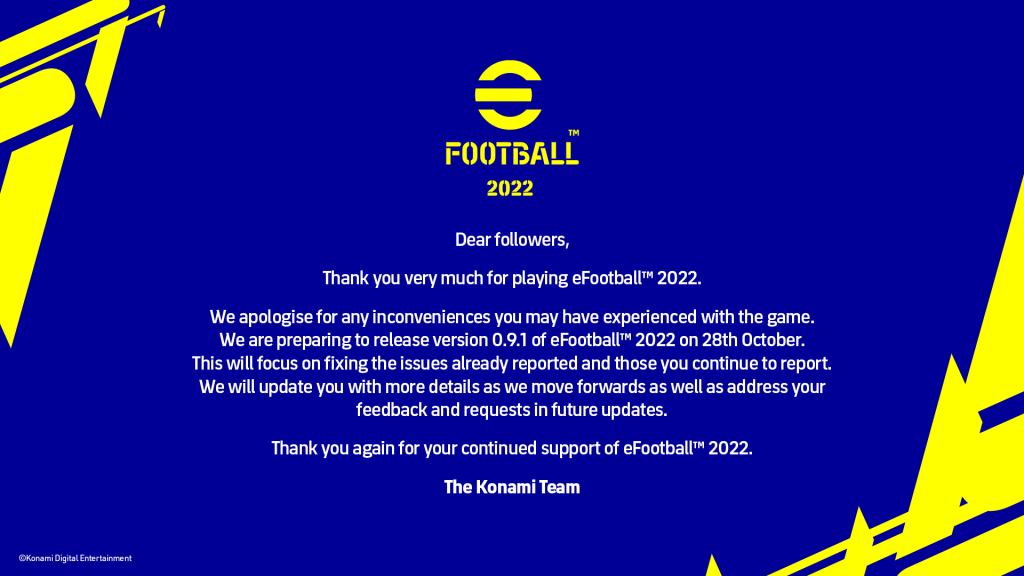 The first major content update for eFootball 2022 is expected to come in mid-November, but the game's current state might force a delay. This update is planned to feature new modes, teams and players, turning the current demo into something that looks like an actual game.

Other planned features for the game include cross-platform matches, Master League, tournaments and a season pass system.

KitGuru says: Konami is going to have to put a lot of work in to bring eFootball 2022 up to the quality and content level that fans expect.