As you might imagine, the guys over at Creative Assembly are quite busy at the moment. Not only are they working on Total War: Arena, but they're also handling the final few months of development on an Alien title that has against all odds, got the world interested in the franchise again. After the colossal misstep that was Aliens: Colonial Marines, we all thought it would be a long time before we stepped back aboard any vessel in the Alien universe, but here we are just a few weeks after early screenshots and a trailer and I'm all giddy with excitement. Fortunately as swamped as they are, we were able to grab hold of community manager for Alien: Isolation, Nee N, who talked us through a few aspects of the game that until now we didn't know much about.

One of the first questions we put to Nee however, was what made Creative Assembly go down the route of developing a first person horror title? It's a developer that's almost entirely known for its RTS developments (though I must admit I enjoyed 2008's Viking: Battle for Asgard) even if back in the 90's it was more of a sports developer. Nee addressed this, saying:

“Creative Assembly haven't always just created RTS games. Even though we're more known for the Total War titles, we have made games ranging from adventure to sports games in the past – that might be a historical, lesser-known fact.” 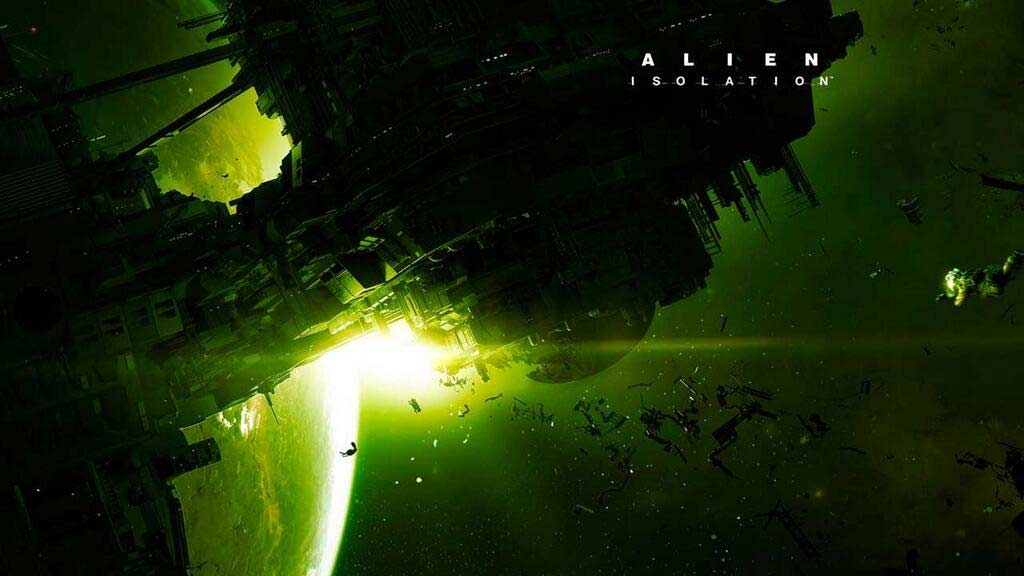 For Alien: Isolation though, Creative Assembly looked outwards, taking on new staff and team members to produce the game and hoovering up a lot of talent from other developers: “The Alien: Isolation team is a brand new team, formed to make the game,” she said. “Members from our team have come from Square Enix, Rockstar, Ubi Soft, PlayStation and Microsoft, so it's a very broad spectrum of experiences. Our combined backgrounds, I think, gives us a good set of experiences that ensures we can work on Alien: Isolation with the love and knowledge that the game deserves.”

In terms of why they were a good fit for this particular game though, Nee simply said: “We’re massive fans of Ridley Scott's original film Alien […] There's some hard-core fans in the studio, and having that love for the brand has really helped shape the game.”

Of course, considering I couldn't even make it into the third sentence of this piece without bringing up Aliens: Colonial Marines, the other Sega published Alien franchise title from the past few years, the same was the case in my interview with Nee. While I had hoped for a little insight into what Creative Assembly thought of Gearbox's efforts, she was very diplomatic when I asked if ACM had affected the development of Alien: Isolation:

“Work on Alien Isolation began over three years ago and from the beginning we were always clear on what we wanted the game to be and how we wanted to achieve that. Alien: Isolation is a very unique game and I think that nothing like it has been made before. We're taking the heart of Ridley's Scott original film Alien and building a single player, survival horror game.

“It's very different from any Alien game, so it is very hard to compare it to anything that has come before, really,” she concluded. 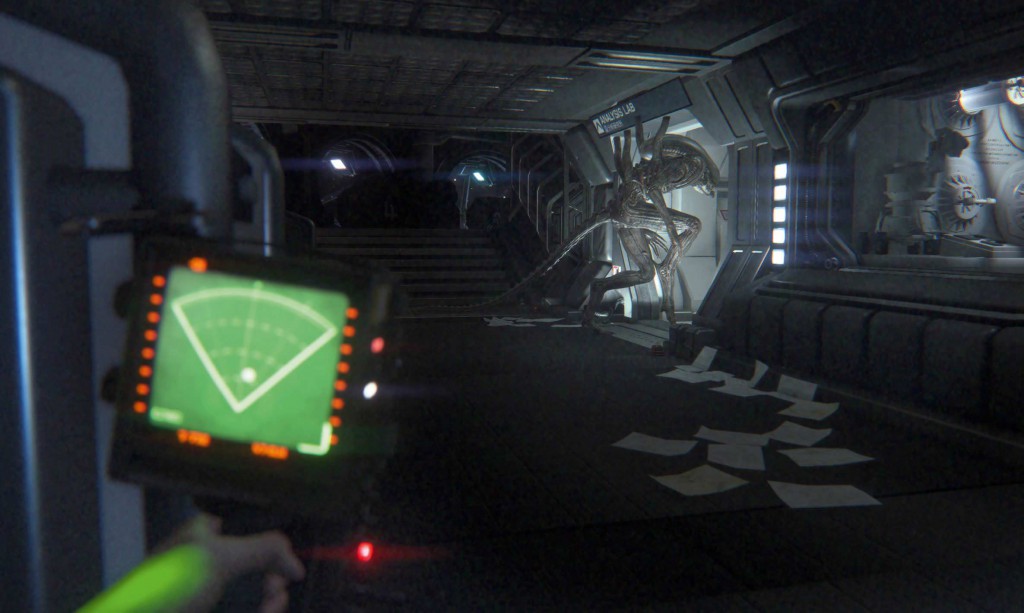 Getting more into the meat of the game, we also discussed some of its features, most notably the hinted at crafting system. There's been talks of (admittedly ineffective) weapons and we've seen a jury rigged welding torch, but how involved will the player be in the creation and usage of these tools?

“The aim of the game is to survive [and] the crafting aspect is one of a number of ways that you can survive against the Alien,” said Nee. “[But] even if you get hold of a weapon you want to hang on to, it may not be the best thing to take on a 3 meter tall Alien with! We’re playing around with a crafting system with the idea that you'll be able to obtain items, which will help deflect or deter the Alien from brutally mauling you to death. Obviously, as it is about survival, it's also about using your wits, the environment and looking around and seeing what's there and what you can use.” 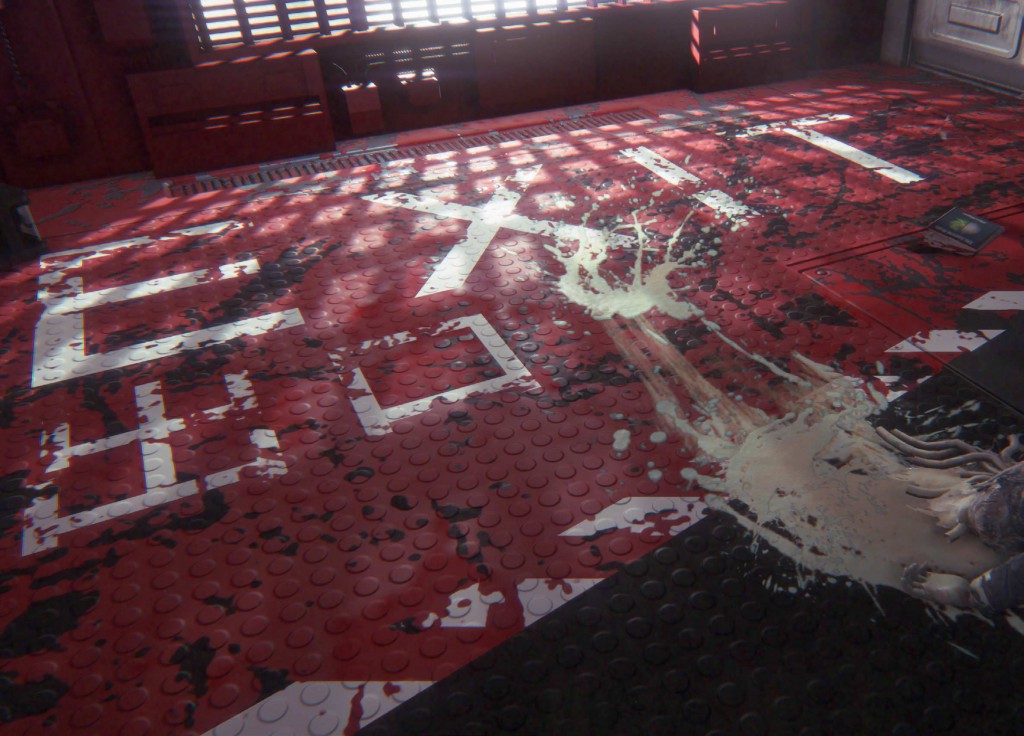 There's a lot of eeriness that comes out of implied action, rather than showing it

It's very clear that Creative Assembly is sticking to the survival horror handbook with this game and is keen to distance itself from more action heavy Alien titles of yesteryear – whatever those might be.

“We're not about running around, gunning things down, that isn't Alien: Isolation. In survival games, you do what you must do to live, and there will be opportunities to use objects and items that will help you to do just that.”

Objects and weapons are great and all, but in the original film it was all about Ellen Ripley. She had the tenacity and the – for lack of a better word – balls to survive against one of the most deadly fictional antagonists ever created. It was she that killed it in the end. But she's not featured in the upcoming game, her daughter is, so the question is: how will she fare?

“The Amanda in our game has to be versatile, tough and resilient to survive what she’s about to encounter,” Nee said. “She’s ultimately an ordinary person in an extraordinary situation, so the parallels to Ellen Ripley aren’t surprising. Personally, I like to think that Amanda’s got her fair share of Ellen’s genetics; she’s a true survivor and just as kick-ass. Ellen Ripley is one of the most iconic female figures in movie history for a reason and I’d like to think Amanda’s got those qualities by the bucket load too! “

The question remains though, how does Amanda end up in space, fighting against the same alien creatures that her mother did? Of course the Weland Yutani Corporation– the real antagonist from every single Alien film – is involved.

“The game is set fifteen years after the events of Alien, and Amanda has grown up, always wondering what has happened to her mother. She's currently working for Weyland-Yutani and is approached by an employee of the company, Samuels, to say that they‘ve found the black box flight recorder, ejected from the Nostromo in the moments before its destruction,” Nee continued. “It’s on a station called Sevastopol and Samuels offers Amanda the chance to go with them and to unlock the secret of what happened to her mother.”

Of course when Amdanda arrives however, things don't go to plan. In some early screenshots, we even saw some crayons and child drawings at a breakfast table, suggesting that whenever the Xenomorph arrived, it changed the game on the local inhabitants, very quickly. Perhaps we'll see Amanda looking after one of these children in homage to her mother's own protection years later (since Amanda is said to have died by the time Ellen Ripley is awoken from cryosleep in Aliens) of the little colonist girl Newt.

Nee was a little coy in answering that one: “Sevastopol is a giant station, originally designed to hold hundreds of people who worked and lived there, including families. Naturally, that includes kids as well, but that was before it was decommissioned. The area that you guys saw on the trailer is a habitation area, where people would have gathered to eat meals, catch up and socialise. I think it's natural to assume that there would have been children there as well, eating their breakfasts, scribbling away with a crayon! “

In closing, I have to admit I tipped my hat to Creative Assembly's nailing of the original Alien aesthetic. There's CRT monitors everywhere, which is a very contrasting look from most contemporary interpretations of the future, but it makes the original movie still stand out and the game has too in early footage.

“The ‘lo-fi sci-fi' look – as we’re calling it – was something we had to absolutely nail, being so heavily inspired by the original film,” Nee said. “We wanted this feel throughout the entire game, so a lot of research went into perfecting it. We've worked with Fox to acquire additional film footage, additional film production notes and info and we're hoping that the authenticity of the original films really comes through in the final game.”

While I was limited in the amount of time I had with Nee, I did try and slip in one final question on whether Alien: Isolation would support the Oculus Rift or other VR headsets. Unfortunately, she deftly sidestepped it, saying we'd run out of time. When I suggested that the lack of a yes or not meant it was a maybe, she said: “I simply don't have the answer for it right now so unfortunately, can't comment.”

KitGuru Says: While I'm a complete wet mess when it comes to survival horror games, I am going to force myself to man up enough to play this when released. I've been a big Alien fan since I saw the first movie years ago and while the second is arguably a more exciting film and holds up better because of its pacing, the original still has some of the best sets and atmosphere of any film released since. If Creative Assembly can nail that along with the visuals, we'll be in for a treat when it lands later this year.